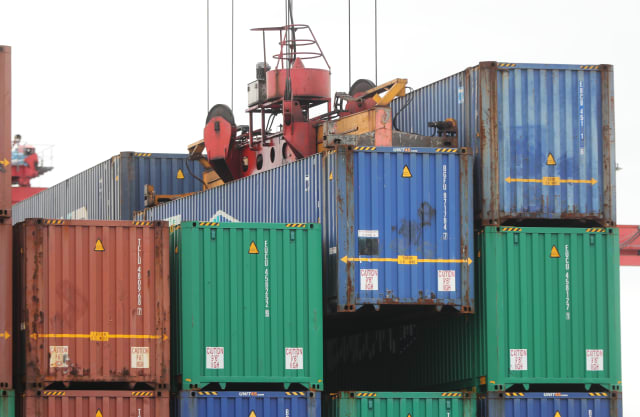 Business representatives in Northern Ireland have called for clarity on the grace period for Irish Sea trade.

The Government has announced that supermarkets will have an extra three months at the end of the Brexit transition period to adjust their procedures to new regulatory requirements included in the Northern Ireland protocol.

Retail NI said there was an urgent need to outline what businesses were covered by the period and whether independent traders and wholesalers were included.

Retail NI chief executive Glyn Roberts said: “It is absolutely unacceptable that the UK Government could make a major statement and not have this information available, which could potentially result in a third of our local independent food and grocery sector being at a competitive disadvantage to large supermarkets.

“We only have just over three weeks to go until January 1 and thousands of local independent retailers deserve better than this from the UK Government.

“The Secretary of State (Brandon Lewis) needs to immediately address my question.”

Mr Connolly welcomed Cabinet minister Michael Gove’s commitment that Northern Ireland businesses selling in the region would not be subject to tariffs on goods brought in from Great Britain under the terms of trusted trader arrangements.

“Since the signing of the Withdrawal Agreement, we have been clear that the Northern Ireland protocol was better than no deal,” he said.

“However, to protect Northern Ireland households from unaffordable price rises and availability issues, there needs to be a long-term workable solution that removes the myriad sources of friction.

“The agreement in principle to remove tariffs on goods going to Northern Ireland consumers is very welcome, and will remove one source of friction in the movement of goods between GB and NI.

“We are just 22 days out and retailers are still unsure about the exact processes needed to move food to Northern Ireland. Therefore, the Government needs to assure them how this will be done without additional bureaucracy.

“There will also be considerable challenges in the medium term. The details of this agreement need to be the baseline for further deliberations and not the end result.”

Ann McGregor, chief executive of the Northern Ireland Chamber of Commerce and Industry (NI Chamber), said: “The announcement today that the EU and UK have agreed a trusted trader scheme that would mean exemptions from tariffs for up to 98% of goods flowing between Great Britain and Northern Ireland from January 1, as well as a grace period for export health certificates and no exit summary declarations, appears positive at first glance.

“However, the devil is in the detail and NI Chamber is very concerned about business capacity to analyse, absorb and implement actions required as details emerge.”