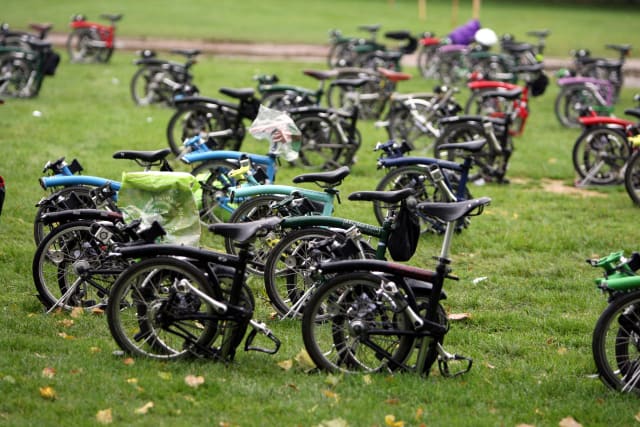 Brompton is struggling to keep up with huge demand for its bikes because of delays to imported components caused by a port being “clogged up”.

The company said 1.5 million components are “stuck on the water”, waiting to be offloaded at Felixstowe in Suffolk.

Components were stockpiled earlier this year, but they are now depleted and the firm said it is now operating “pretty much hand-to-mouth.”

Lorne Vary, chief financial and business development officer, told the PA news agency that the company is becoming inefficient as a result of waiting for deliveries.

“Demand for our bikes is off the scale, but we are unable to fulfil it simply because our supply chain is under so much pressure.

“We have had container deliveries cancelled – and this is all before Brexit.”

Mr Vary expressed concern about the bureaucracy which will come into force in the coming weeks and the possibility of tariffs.

Brompton employs 500 workers at its factory in West London and wants to increase its workforce by a fifth in the coming months.

“Felixstowe is clogging up and we are trying to see if we can re-route deliveries or even switch to air freight, but we just don’t know when we are going to get components in,” said Mr Vary.

Production has been ramped up to almost 400 bikes a day, from 110 a few years ago, with over two thirds of components imported from areas including the Far East.

“We are constantly talking to our suppliers. We are not operating as efficiently as we can, and this is before what might happen after December 31,” added Mr Vary.