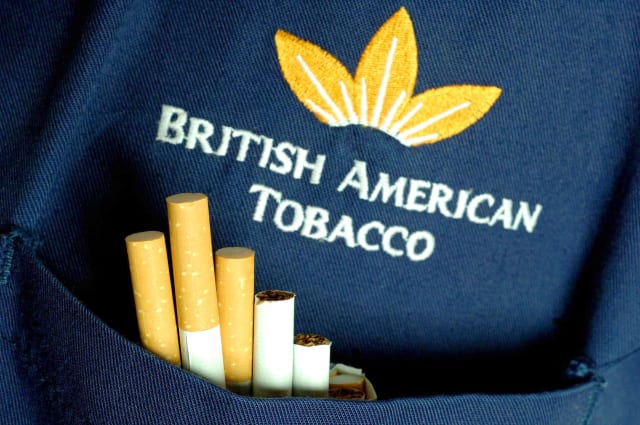 Cigarette giant British American Tobacco believes it will take a smaller hit from the pandemic than previously thought after South Africa ended a ban on cigarette sales early.

The Lucky Strike and Camel maker now predicts a 2.5% headwind from Covid-19, down from an earlier estimate of 3%.

It said the global industry for cigarettes and tobacco heating products, including BAT’s own range Glo, is only expected to drop 5%, down by two percentage points.

The government in Pretoria banned cigarette sales in South Africa for five months during the pandemic, in an unprecedented move in the fight the virus.

Although cigarette sales continued, driving a booming underground market, the news hurt BAT, which estimates that it stands for about 78% of the legal market in the country.

But the ban was lifted in August, allowing BAT to flood back into the market and improving its global outlook.

Cigarette sales are expected to stay more or less the same in the US, better than the 2.5% fall previously forecast.

BAT said its cigarette sales are expected to be ahead of the industry.

The firm has been trying to push into what it calls the new categories segment of the market, counting brands such as vaping products Vuse and Vype among its repertoire, as well as tobacco-free nicotine pouches Velo.

It hopes to grow revenue to £5 billion in new categories by the middle of the decade.

Chief executive Jack Bowles said: “We are transforming our business in order to build a better tomorrow. Reducing the health impact of our business through providing a range of enjoyable and less risky products is the greatest contribution we can make to society.

“We continue to be clear that combustible cigarettes pose serious health risks, and the only way to avoid these risks is not to start or to quit. BAT encourages those who would otherwise continue to smoke to switch completely to scientifically substantiated reduced risk alternatives.

“We are growing our new category business as fast as possible and we are proud to now have around 13 million non-combustible product consumers.”