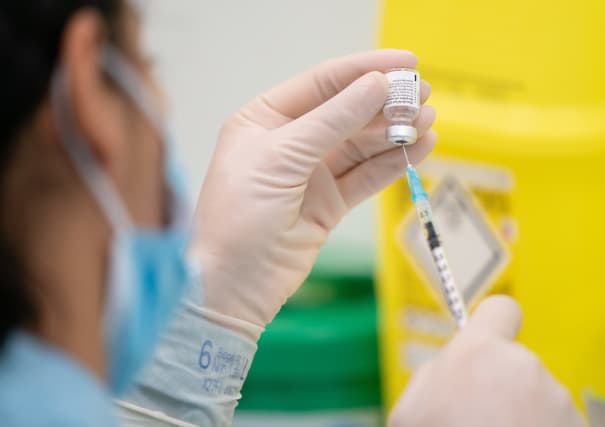 People who discourage others from having a coronavirus vaccine are widely considered “selfish” and “stupid”, according to a survey of public attitudes.

More than four in 10 Britons (41%) think people who discourage the public from getting vaccinated are stupid, research by King’s College London (KCL) and Ipsos Mori found.

A third think this group is selfish and one in six (17%) go as far as saying “anti-vax” campaigners are bad people.

About 31% think people who would refuse a vaccine are stupid while a quarter think they are selfish.

Experts warned this may hinder efforts to persuade those who are reluctant to get the jab, and called for people with doubts to be engaged with, not dismissed or denigrated.

The research is based on 2,244 interviews with UK residents aged 16-75, carried out online between November 20 and 24.

Young people aged 16-24 were most likely to respect people who discourage others from getting vaccinated, and also the most likely to say they resent this group of people.

Those who rely on social media for a significant amount of information on Covid-19 had a more favourable view of people who discourage the public from getting vaccinated, compared with the general population.

Twice as many said they respected anti-vax campaigners (11%), compared with the general UK population (5%).

People who use WhatsApp and YouTube as key sources of coronavirus information were also less likely to call this group stupid or selfish.

The research shows the UK public are less judgmental about people who may refuse a jab, with one in eight (13%) saying they respect such individuals.

At the same time, 51% said parents should have to get their children vaccinated if the Government makes it mandatory, indicating “inconsistent views” on the issue.

The research found that people’s likelihood of getting a coronavirus vaccine is largely unchanged from when they were asked in July.

Some 46% said it would be acceptable for working adults to receive a coronavirus vaccine before retired people, compared with 33% who felt this would be unacceptable.

More than half (54%) are certain or very likely to get the jab, 19% are fairly likely, and 20% are unlikely to or definitely will not get the vaccine.

“Taken together, this suggests the public make a distinction between people making personal choices on vaccination and those trying to influence others not to have the vaccine.

“This is an important message, as we need to engage those who have doubts, not dismiss or denigrate them, while also acting decisively on the spread of misinformation.”

Anna Quigley, head of health research at Ipsos Mori Public Affairs, said: “If we want to convince people to get the vaccine when they are reluctant, we need to engage with them constructively. This will be challenging, given almost a third of Britons believe that those who refuse a Covid-19 vaccine are stupid.

“Assertion and arguments from force may only further entrench attitudes of those unwilling to accept a vaccine.

“This would be hugely detrimental to the health of the population and to our ability to effectively move past this pandemic.”

Separate research suggests almost one in five adults are “anti-vaxxers”, with young people more likely to hold these views.

A recent Opinium poll of 2,002 UK adults in early December found 18% believe an approved vaccine is still unsafe, rising to 27% of those under 45.

It also found that 20% of people said they would be unlikely to take a vaccine if the Government advised them to, rising to 30% of those under 45.