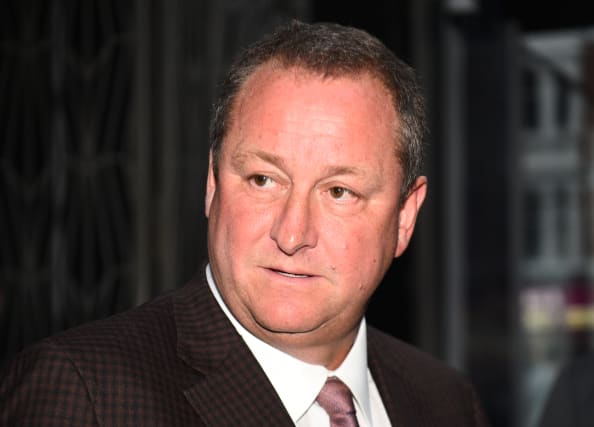 An online shopping firm that counts Mike Ashley’s Frasers Group empire as its biggest shareholder has put itself up for sale as part of a strategic review.

Studio Retail Group – formerly called Findel – said a sale of the group is one of the options under consideration.

It comes after Frasers, which holds a stake of around 37% in Studio Retail and attempted a takeover of the firm last year, urged it to launch an overhaul.

Studio Retail said the move also has the support of its second largest shareholder, Schroders, but confirmed it is not yet in talks with any potential bidders.

Frasers and Schroders hold a combined stake of around 56% in Findel.

Studio Retail said it received a letter from Frasers in October saying that it believed the group is “significantly undervalued”, adding that “although this may be fixable over the long term, the group should conduct a strategic review”.

It said that in light of the letter, a forthcoming change in chief executive, its decision not to sell its education arm and talks with Schroders, it had decided to go ahead with a possible sale.

Studio Retail said: “The board has now determined that it is an appropriate point to undertake a comprehensive review of the strategic options open to it in order to maximise value for shareholders.

“These options include a sale of the group which will be conducted under the framework of a ‘formal sale process’ in accordance with the Takeover Code.”

Studio, which is based in Accrington, Lancashire, rejected a £139 million takeover bid from Frasers last April, claiming it undervalued the firm.

Frasers-owned Sports Direct had run trials selling its clothing brands online via Studio after first investing in the group in 2015, before gradually building up its stake in the firm.

Frasers has been steadily buying up swathes of the high street in recent years and is now in talks over a possible rescue deal for collapsed department store Debenhams.

Studio Retail sells fashion, homeware and gifts on its Studio.co.uk website, but it is also the second largest supplier of equipment and supplies to schools.

It abandoned plans to sell Findel Education to YPO after concerns were raised by the Competition and Markets Authority.

Details of the strategic review come alongside Studio’s half-year results showing a 52% surge in underlying pre-tax profits to £17.7 million in the six months to September 25 thanks to booming online shopping amid the pandemic.