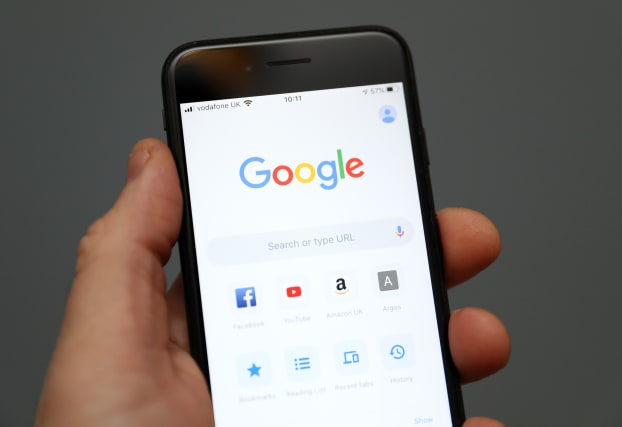 The Competition and Markets Authority (CMA) has called on the Government to introduce a legally binding code of conduct for tech giants such as Google and Facebook to follow in an effort to rein in their market dominance.

It urged the Government to grant the Digital Markets Unit (DMU), which will oversee the proposed new rules, with the ability to apply “significant penalties” for code breaches.

The CMA says the new competition regime should take a three-pillared approach to regulating tech firms, including blocking or reversing decisions made by the companies to improve competition, and having greater scrutiny over potential mergers, as well as enforcing the new code of conduct.

The advice, which has been published by the Digital Markets Taskforce, says the code should be tailored to each firm as needed in order to better govern how businesses treat their competitors and their own users.

The DMU will co-ordinate with regulators including Ofcom, the Information Commissioner’s Office (ICO) and the Financial Conduct Authority (FCA) to oversee tech giants’ conduct.

Under the proposed rules, the DMU should tailor a new legally binding code of conduct to each tech giant based on where evidence demonstrates problems could occur, with the aiming of changing and shaping the behaviour of large companies.

It also says pro-competitive interventions should be within the DMU’s power, which would allow it to address the sources of market power and take steps to ensure competition flourishes, for example by forcing firms to improve interoperability and making it easier for users control and share data.

The advice urges the Government to enable the CMA to apply closer scrutiny to mergers involving the largest tech firms, including making it mandatory for the CMA to be notified of a transaction and giving the CMA power to block the completion of any deal until the regulator has investigated.

The CMA said that, following receipt of the advice, the Government has committed to consult on the proposals for a new pro-competition regime early next year.

Chief executive Andrea Coscelli said: “To ensure the UK can continue to enjoy a thriving tech sector, consumers and businesses who rely on tech giants like Google and Facebook should be treated fairly, and competitors should face a level playing field – enabling them to deliver more of the innovative products and services we value so highly.

“For that to happen, the UK needs new powers and a new approach. In short, we need a modern regulatory regime that can enable innovation to thrive, while taking swift action to prevent problems.”

“To meet the new challenges of the digital age, it is essential that regulators work together. In developing these proposals, we have benefited from working alongside Ofcom, the ICO and the FCA.”

Concerns have been raised about the market dominance of tech firms such as Facebook and Google, and the impact it can have on innovation and competition.

“The dominance of a few major players in digital market impacts on people’s data protection rights when they use these platforms,” she said.

“Our involvement with the Taskforce reflects the importance of safeguarding these rights and ensuring individuals have greater control over their personal information.

“We continue to work closely with the CMA, Ofcom and FCA through the Digital Regulation Co-operation Forum to co-ordinate our approach to the regulatory challenges presented by new digital markets and platforms.”