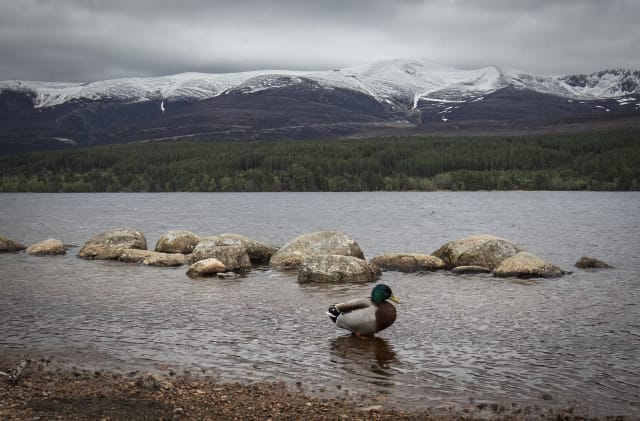 Air pollution is having a “devastating” impact on some of Scotland’s most globally important species and natural habitats, according to a new report.

The Plantlife paper, commissioned by the Scottish Government, found that 80% of land within special areas of conservation – such as the Cairngorms – now have intolerable nitrogen levels.

Pollutants in the air from transport, power stations, farming and industry were shown to be directly damaging the country’s unique biodiversity.

Alistair Whyte, head of Plantlife Scotland, said: “The effects of air pollution on health are well documented with industry traditionally the key culprit.

“But nitrogen deposition is also rapidly devastating our iconic habitats and the impacts of this invisible enemy are still not being recognised with sufficient urgency.

“Alarmingly, we are now finding that habitats perceived to be furthest away from the source of air pollution, such as the unique rainforests of the west coast, are on the borderline of reaching their nitrogen thresholds from far-reaching emissions.”

Globally important lichens and mosses of temperate rainforests, many of which are found nowhere else in the UK, are particularly at risk from nitrogen deposition and are already at high risk.

Nitrogen exposure on already fragile habitats is leading to a loss of species, lower resilience to climate change and vulnerability to pests and disease.

The report found that mountains, grasslands and woodlands have become unnaturally nutrient-rich and acidic.

They are now being “colonised” by common and fast-growing thuggish plants such as nettles and hemlock, which outcompete Scotland’s native species.

More than a third of all Scotland’s nitrogen-sensitive habitats were also found to have intolerable nitrogen levels.

Plantlife’s report recommends a reduction of ammonia and other nitrogen emissions.

It states ammonia emissions from farming could be dramatically lowered, while improving efficiency and reducing costs.

One way this would be done is by improving the efficiency of nitrogen content in animal feed – with a  1% drop claimed to lead to a 15% drop in ammonia emissions.

Jenny Hawley, Plantlife policy manager, added: “Robust Government regulations are desperately needed but equally vital is the advice and support to landowners and farmers who are battling huge Brexit upheaval.

“A reduction of emissions would benefit public health, by reducing particulate matter in the air, as well as helping to cut emissions of nitrous oxide – a powerful greenhouse gas.”