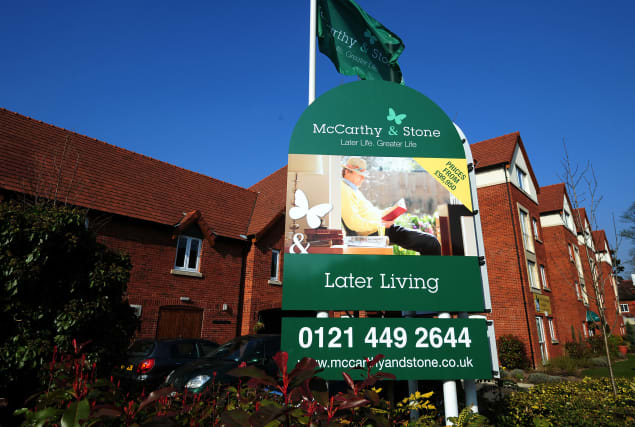 The owners of McCarthy and Stone have voted for a plan which would see the company taken over by a US private equity firm.

The listed builder of retirement homes said that nearly 80% of votes had been cast in favour of the proposal.

The thumbs up means that Lone Star will pay investors 120p per share they own, buying the whole business for about £647 million.

McCarthy’s board first revealed on October 23 that it had reached a deal with Lone Star that it was willing to recommend to shareholders.

But the then 115p per share offer was sweetened on Monday this week, just before shareholders met to vote on the proposal.

Earlier this month, chief executive John Tonkiss said that the retirement market is expected to remain difficult because of Covid-19.

He added: “It is against this backdrop that the board believes the 115p cash offer from Lone Star Real Estate Fund represents fair value reflecting both the future opportunities and risks facing the business.”

In the last financial year, McCarthy completed 832 units, down heavily from 2019 when it built 2,402. Like other construction firms, it was forced to close its building sites during the early parts of lockdown.

The offer price is nearly 45% higher than where McCarthy’s shares closed on October 22, the day before the deal was first announced.

However, shares were trading at just under 160p each at the beginning of 2020, before the pandemic hit.