Leitch urges patience as first vaccine doses to be administered 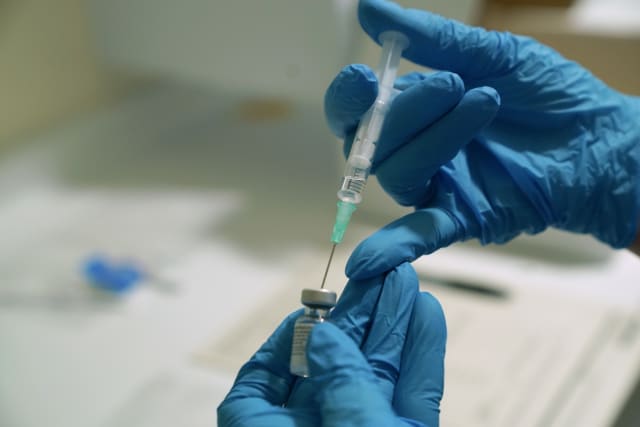 One of Scotland’s top public health advisers has urged Scots to be patient as the coronavirus vaccine is rolled out.

National clinical director Jason Leitch struck a cautious tone on Tuesday, just hours after the first vaccination in the UK with the new Pfizer/BioNTech jab took place in England.

He said there were many logistical difficulties presented by the double dose vaccine, as well as Scotland currently only having 65,000 vials, although more are expected to be delivered next week.

“(It’s a) big hopeful day, but I’m trying not to get over-excited because we don’t have that many vials of the actual drug,” he told the BBC.

Those issuing the vaccine will be inoculated this week, along with some healthcare staff, to be followed by those who are “most at risk of death”, Mr Leitch said.

However, it will take some time to work down the list of priorities and reach the majority of the population, as well as those in rural and island communities.

“We’ll get to some next week, but people will have to just be a little bit patient with us as we roll out the logistics, as we get that vaccine out to the more rural areas and the islands, but we’re getting there.”

The news comes as 90-year-old Margaret Keenan was the first in the UK to receive the jab, a moment First Minister Nicola Sturgeon said gave her “a lump in the throat”.

She tweeted: “Feels like such a milestone moment after a tough year for everyone. The first vaccines in Scotland will be administered today too.”

The make-up of the vaccine means that two jabs have to be administered to ensure full protection, meaning those administering it will not be fully protected in the first few weeks of the programme.

However, Mr Leitch said he is confident vaccinators will be safe. He said: “They’ll be very, very careful.

“These are highly trained individuals who we’ve been working with for some weeks now, who will be given PPE, who are regular at giving injections and vaccinations, so we have no problems with them going into care homes, going into hospitals, giving vaccinations in a very, very safe way.”

The news of the vaccine being rolled out across the UK comes as Ms Sturgeon is set to ease the toughest restrictions on 11 council areas.

Local authorities in west and central Scotland were put into Level 4 with the promise it would end on Friday, and the First Minister will announce on Tuesday which levels each will be sorted into.

Speaking at the coronavirus briefing on Monday, Ms Sturgeon confirmed that Level 4 measures would come to an end, but said there would be a “careful and cautious” approach taken by the Scottish Government in the run up to Christmas.

If the restrictions are eased, non-essential retail will be able to reopen two weeks before Christmas, along with hospitality businesses under strict guidelines.