It’s Bouquet: More than a third of people alter voice when on the phone – survey 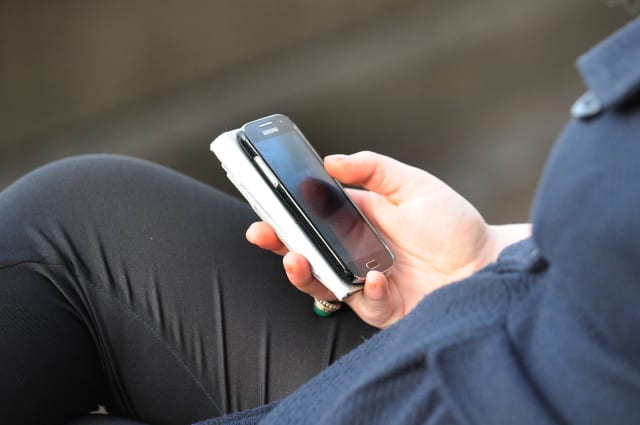 More than a third (36%) of people change their voice when they are on the phone, a survey has found.

Like Hyacinth Bucket in 1990s BBC sitcom Keeping up Appearances who pronounced her surname Bouquet, nearly half (46%) of those who modify their phone voice attempt to appear more well-spoken.

Nearly one in 10 (8%) people said they change their voice without realising it, but they are made aware by other people.

Clients, work colleagues and strangers are among the people that those surveyed often change the way they speak for. About a fifth (21%) said they automatically alter their voice when answering a number that they do not recognise.

Just under a fifth (17%) of people surveyed across the UK said their regional accent comes through more strongly on the phone.

People in Scotland are particularly likely to change their voice, the research suggests.

Nearly half (46%) of people surveyed in Aberdeen said they do so when they are on the phone.

Norwich residents feel the most pressure to sound intelligent, the survey suggests, with more than half (52%) who change their voice admitting that is their intention.

When it comes to voices people aspire to sound like, Sir David Attenborough was voted the favourite celebrity voice, closely followed by Joanna Lumley and then Idris Elba.

The findings were released as Santander UK said its voice ID service, which launched in 2019, has seen a 127% increase in registrations during the coronavirus pandemic, as more people use telephone banking to access their accounts.

The biometrics technology analyses more thn 100 characteristics of the human voice. The technology can also detect if someone’s voice is a recording being played over the telephone.

Santander said more 55 to 64-year-olds are signing up for voice ID than any other age group.

While nearly half (46%) of those surveyed use their fingerprint to access banking and payment services, just 9% use voice ID – despite voices being unique in a similar way to fingerprints.

Nearly a quarter (23%) said the reason they do not use voice ID is because they do not like the sound of their voice.

Gavin Smith, voice ID lead at Santander UK, said: “It’s revealing that a lot of us are self-conscious about how we sound on the phone.

“Everyone’s voice is unique and that’s what matters for voice ID – not your phone voice.”

More than 2,000 people were surveyed in November.