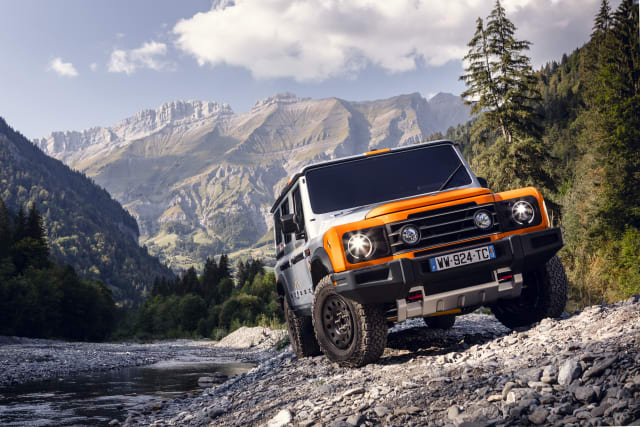 Ineos Automotive has confirmed its new 4×4 cars will be manufactured in France, ending hopes that a new plant in Wales could be built.

The firm said the former Mercedes-Benz Hambach factory in Moselle, France, will build the Grenadier vehicles instead following a deal with the German carmaker.

Production of a new vehicle was due to begin in Bridgend next year, creating around 200 jobs initially, rising to 500 once the vehicle reached full production.

But Ineos starting hinting that plans could change during the summer as the Hambach site looked more attractive.

The company said on Tuesday the new factory was “well located for access to markets, suppliers and automotive talent”.

The decision is the second major blow for Bridgend, where the initial site was due to open, as it had been planned to be beside the now-closed Ford engine plant.

Ford shut its factory in September after 40 years, with the loss of nearly 1,700 jobs, in a long line of car manufacturers to leave the UK or reduce output over Brexit concerns.

Ineos boss Sir Jim Ratcliffe, a prominent Brexit supporter, said: “Hambach presented us with a unique opportunity that we simply could not ignore: to buy a modern automotive manufacturing facility with a world-class workforce.

“Ineos Automotive set out a vision to build the world’s best utilitarian 4×4, and at our new home in Hambach, we will do just that.”

The site currently builds electric vehicles, which Ineos will continue to produce, but the move is expected to be a bitter blow for Wales, with politicians actively courting Sir Jim for investment in the region.

Chris Elmore, MP for Ogmore in Bridgend, tweeted the decision was a “crushing blow” for the area.

He wrote: “The highly-skilled and dedicated workforce in Ogmore, Bridgend and surrounding areas would have risen to the challenge. Today’s news is a hammer blow.

“That Brexit is clearly a major factor at play is a bitter pill to swallow. Ineos owner Sir Jim Ratcliffe was a vocal Brexiteer, loudly proclaiming the benefits of leaving the EU. Today, we can see his claims are as hollow as his promises.”

The new cars will start being built late next year and “gives excellent access to supply chains, automotive talent and target markets”, the company said.

Around 1,300 jobs will be created as a result of the move, Ineos added.

Dirk Heilmann, chief executive of Ineos Automotive, said: This acquisition marks our biggest milestone yet in the development of the Grenadier.”