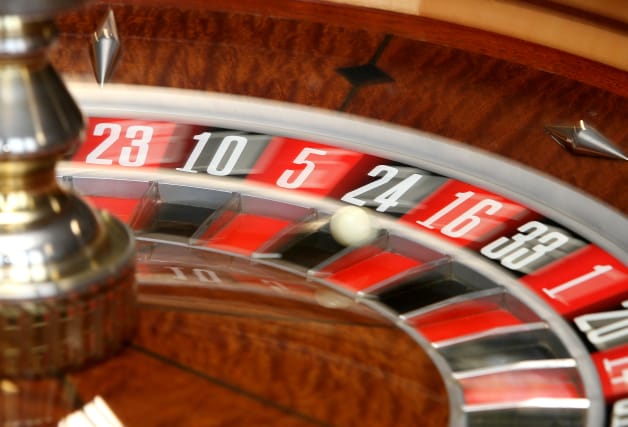 Social media influencers must be prevented from encouraging children and young people to gamble, ministers have been told.

MPs were broadly supportive of the Government’s new major review of gambling laws in a bid to protect youngsters and vulnerable people, which came alongside an announcement to raise the minimum age to play the National Lottery from 16 to 18 next year.

But there were calls for measures to be introduced sooner, alongside warnings that horse racing and football could be hardest hit if they lose cash from betting firms as a result of any wider changes to the industry.

Speaking in the Commons, Labour’s Chris Elmore (Ogmore) said: “One of the key areas we’ve seen huge increases in people taking up and partaking in gambling is around influencers.

“I’d like to understand from the minister now what work he’s doing now in tackling influencers who are able to target particularly children and young people and trying to encourage them to gamble.

“That really does need to be addressed long before this review is concluded.”

Culture minister Nigel Huddleston responded: “(Mr Elmore) will be aware that the Government is considering action in the broader issue of online harms and the role that social media companies play in that.

“That work will be undertaken alongside this review as well and we will certainly work together and I’ll work with colleagues in the rest of the department to make sure that we’re very much aligned.”

Conservative former leader Sir Iain Duncan Smith said the review “marks the beginning of a real sea change in our attitude towards the gambling abuses” which have taken place, and suggested replacing the Gambling Commission.

He told MPs: “Is it not now time instead of looking at the powers for the commission, to get rid of the commission altogether and institute a body as powerful as say Ofcom or all the other bodies that monitor and regulate these industries?

“Now is the time to make bold moves to make sure we get proper control and the abuses and addiction ends.”

Labour’s Carolyn Harris (Swansea East) said the voices of bereaved families, those with experience, campaign groups and MPs should be given the same consideration in the review as the “well-resourced, confrontational, and relentless” gambling lobby – something Mr Huddleston committed to.

Conservative Craig Whittaker (Calder Valley) asked for details on talks held with sporting bodies, including football and horse racing, about the “financial implications” of the review on their members.

Mr Huddleston replied: “In terms of discussions, we’ve had very few discussions so far about the specifics of this review because we’re only announcing the scope of the review and the call for evidence today, we certainly intend to have conversations about the impact of some of the potential options that there could be on the sports sector.”

Conservative MP Laurence Robertson (Tewkesbury) added betting companies make an “enormous contribution” to horse racing “to the tune of about £350 million a year”.

He went on: “At the moment, like other sports, it’s going through very, very difficult times and without that contribution, horse racing would not survive.”

Mr Huddleston replied: “Horse racing is of course a vital industry in the UK. I can confirm that the levy actually is not due for review on horse racing to 2021, it’s not explicitly part of this review, but the role that gambling has and link with sport, we recognise that there are some challenges but also many upsides and we will consider those as part of this review.”

Protective measures such as stake and spend limits, advertising and promotional offers and whether extra protections for young adults are needed will all be looked at, according to the Department for Digital, Culture, Media and Sport.

The review will also consider online restrictions, marketing and the powers of the Gambling Commission as part of a call for evidence, to examine how the industry has changed in the past 15 years.

The department said the Government recognises the need to balance people’s enjoyment from gambling with the “right regulatory framework and protections”.

On the age limit change for the lottery, Mr Huddleston told MPs: “We are keen to make this change at pace while being acutely aware of the need to give retailers and the operator time to ensure a smooth transition.

“The legislative change will therefore come into force in October 2021 but we have asked that where it can be done sooner, it is done sooner – for example, online.

“So, under current plans, National Lottery sales to 16 and 17-year-olds will stop online in April 2021.”

A spokeswoman for Camelot, the National Lottery operator, said they had always said that they would “fully support” any decision to raise the minimum age to play.