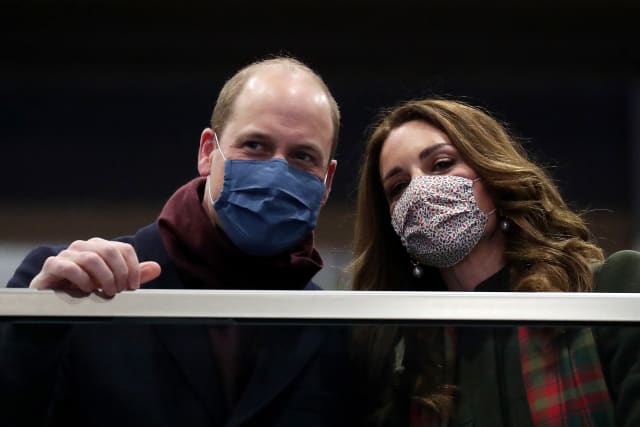 The Duke and Duchess of Cambridge will continue their tour of country by royal train – thanking key and frontline workers and communities for their efforts during the pandemic.

Details of William and Kate’s next stops on the royal train have not been released, but they are expected to end their travels with the Queen, and the Prince of Wales and Duchess of Cornwall.

The couple visited Scotland and toured Berwick-upon-Tweed, Batley and Manchester on Monday as they met schoolchildren, ambulance workers, volunteers and charity workers.

Scotland’s First Minister Nicola Sturgeon suggested the duke and duchess travelled to Edinburgh despite their office being made aware of restrictions for those wanting to cross the border.

But Royal sources said the visits were planned in consultation with the UK, Scottish and Welsh governments and stressed they were working, which permits travel across the border.

William gave a speech at FareShare, a national charity feeding almost one million people per week across the UK and up to 60,000 in Greater Manchester, to thank staff and volunteers for helping the most vulnerable during the coronavirus pandemic.

Speaking inside a Manchester warehouse named after the mother of England and Manchester United striker Marcus Rashford, who works closely with FareShare, William said: “Catherine and I felt that it was extremely important to visit just some of the heroes that have emerged this year to thank you for all that you have done.

“Whether that’s transport workers, paramedics, school teachers or indeed staff and volunteers like those of you online across the FareShare network or here in Manchester tonight.”