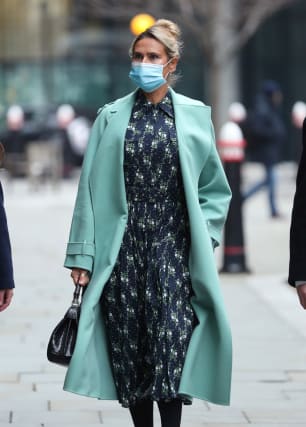 A London trader who has been sued by his mother after becoming embroiled in his parents' £450 million divorce battle has had a "last-minute, come-to-Jesus moment" and told the truth, a judge has heard.

Tatiana Akhmedova, 48, is trying to get her hands on £450 million she is owed by her Russian billionaire ex-husband, Farkhad Akhmedov, 65, following the breakdown of their marriage.

She says her ex-husband has hidden assets and has accused their 27-year-old son, Temur Akhmedov, of acting as his father's "lieutenant".

A judge began considering allegations that Temur had helped hide assets at a public trial in the Family Division of the High Court in London on Monday.

She was told that Temur had provided a new witness statement in which he admitted having breached a court order, relating to the disclosure of information, but said he was now giving a "truthful account".

Barrister Robert Levy QC, who is leading Temur's legal team, said there had been a "last-minute, come-to-Jesus moment".

But a barrister leading Ms Akhmedov's legal team said Temur was still not telling the truth.

Both Ms Akhmedova and Temur are due to give evidence.

The trial should have started on Wednesday but was delayed after the judge was told that Temur was in Russia.

Temur told the judge, via a video link, that he had become scared and stressed.

Mrs Justice Knowles ordered him to travel to London and attend the trial to give evidence.

Ms Akhmedova was awarded a 41.5% share of Mr Akhmedov's £1 billion-plus fortune by another British judge in late 2016.

But judges have heard that she has so far pocketed about £5 million and that Mr Akhmedov has not "voluntarily" paid a penny.