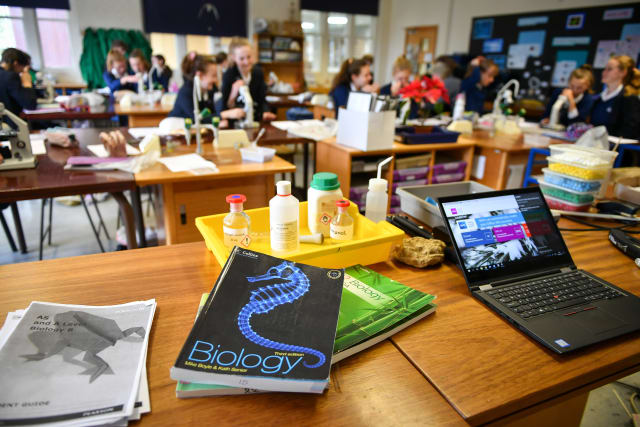 Teenagers in England are performing significantly worse in science than in 2015, an analysis has found.

The percentage of Year 9 pupils in England performing below the low international benchmark in science has more than doubled in four years, according to a report by the UCL Institute of Education (IoE).

The analysis of England’s performance is from the International Association for the Evaluation of Educational Achievement’s (IEA) Trends in International Mathematics and Science Study (TIMSS) 2019.

The study, which looked at the mathematics and science performance of 64 countries in 2019, found pupils in England performed on average significantly better than most other countries in both subjects.

Overall in England, there was an improvement in Year 5 pupils’ performance in mathematics, stability in Year 9 maths and Year 5 science, and a decline in Year 9 performance in science compared to 2015.

In 2019 the average score for year 9 pupils in England was 517, a significant decrease of 20 scale points from 2015 and significantly below average scores in all previous TIMSS cycles, the report says.

Nine countries – including Australia, Hungary and Lithuania – performed significantly above England in science in Year 9, four more countries than in 2015, the study suggests.

The report shows that the percentage of Year 9 pupils in England not reaching the low benchmark or above in science rose from 5% in 2015 to 11% in 2019.

“The reasons for this change are not obvious and require further research,” the paper concludes.

The study also found that there were no significant differences between the performances of boys and girls across either subject or year group, but there were differences in attitudes towards the subjects.

Significantly more girls than boys said that they were not confident in their mathematical or scientific abilities and reported that they did not like mathematics or science.

Co-author Dr Tina Isaacs, from IoE, said: “Despite social concerns about the differences between boys’ and girls’ performance, the results show that they’ve performed largely at the same level in both subjects and both year groups.

“However, girls still are less confident and don’t much like, mathematics and science.”

Co-author Dr Mary Richardson, from IoE, said: “This year we see England has performed, on average, significantly above most other countries.

“Compared to the 2015 results, most notably, England’s performance in maths has significantly improved at Year 5 and decreased significantly in science at Year 9.

“Longitudinal data like this can help us understand these trends and we will now seek to interpret why these trends have occurred.”

School standards minister Nick Gibb said: “This country’s continuing strong performance in maths, including the significant improvement in attainment among Year 5 pupils, is testament to the hard work of teachers and a reflection of the reforms we have put in place to raise standards and ensure our young people are receiving a truly world class education.”

But he added: “We know there is more to do, including continuing to improve the quality of science teaching and increasing the number of young people studying science subjects, in order to address Stem (science, technology, engineering and mathematics) skills shortages.”

Mr Gibb said the Government is funding a range of projects – including Project Enthuse which provides bursaries for specialist training for teachers.

It comes after Department for Education data showed that recruitment in some Stem subjects at secondary level have remained below target this year.

Just 45% of the target for trainee physics teachers was met along with 84% for maths.

The TIMSS study, released on Tuesday, provides countries with comparable data on the performance of pupils between 2015 and 2019, as well long-term trends since the study began 24 years ago.