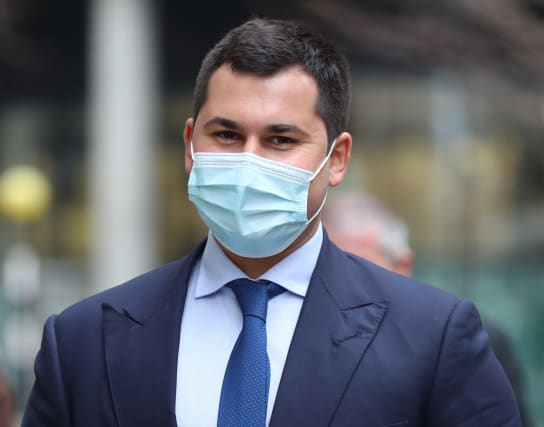 A Russian billionaire’s son lost more than £35 million trading in stocks and shares while he was a student, a High Court judge has heard.

Temur Akhmedov’s, whose parents bought him a £29 million flat in London when he was 19, traded while studying private banking at the London School of Economics (LSE) between 2013 and 2016, Mrs Justice Gwynneth Knowles was told.

Detail of his lifestyle, and trading losses, emerged at a public trial in the Family Division of the High Court in London on Monday, after he became embroiled in his parents’ divorce battle.

Tatiana Akhmedova, 48, who is Russian but lives in London, is trying to get her hands on around £450 million she is owed by her ex-husband, 65-year-old Farkhad Akhmedov.

She has sued Temur, their eldest son, saying he has helped his father – who lives in Russia and was not at the hearing – hide assets and owes her nearly £70 million.

Lawyers representing Ms Akhmedova told the judge, in a written case outline, that Temur had been given more than £90 million by his father.

Ms Akhmedova wants Mrs Justice Gwynneth Knowles to order Temur, who now works as a London trader, to hand about £69.3 million to her.

The judge heard that Temur, who denies allegations made against him and says his mother’s claim should be dismissed, had been “showered” with “unimaginable amounts of money” when his parents were together.

Lawyers representing Temur told how his parents had bought him a £29 million London flat when he was 19 and spent around £5 million on furnishings.

Barrister Robert Levy QC, who is leading Temur’s legal team, said he had been given a Mercedes costing in the region of £100,000 as a present after passing his driving test at 17.

Mr Levy described living expenses “beyond the experience” of those who do not “inhabit the world of the uber-rich” and said Temur had lost more than £35 million trading (50 million US dollars) in stocks and shares when a student at the LSE.

Ms Akhmedova said she had “regrettably” been “forced” to bring claims against Temur.

“Temur just played an extremely active role in siding with my ex about the divorce,” she told the judge.

Mrs Justice Knowles was told how a “draft message” had been found on Temur’s iPhone in 2015 which said Ms Akhmedova had been “unfaithful, dishonest and not clean”.

“As a Muslim, not a Russian, my father cannot tolerate this,” said the message.

“He does not want the British courts to use extortion against him, for all his hard earned monies in Siberia, to go to anyone else…

“The British are screwing Russians and Arabs.”

Ms Akhmedova was awarded a 41.5% share of Mr Akhmedov’s £1 billion-plus fortune by another British judge in late 2016.

But judges have heard that she has so far pocketed about £5 million and that Mr Akhmedov has not “voluntarily” paid a penny.