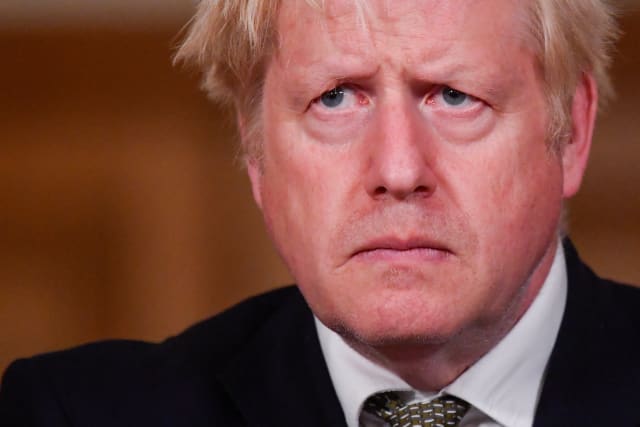 Boris Johnson and European Commission president Ursula von der Leyen look set to meet in person this week in a bid to break the stalemate in post-Brexit trade deal talks.

The Prime Minister and Mrs von der Leyen spoke on the telephone on Monday evening, and agreed to ask their chief negotiators to prepare an overview of the “remaining differences”.

The leaders will then discuss them in person in a physical meeting in Brussels “in the coming days”.

In a joint statement, they said: “As agreed on Saturday, we took stock today of the ongoing negotiations.

“We agreed that the conditions for finalising an agreement are not there, due to the remaining significant differences on three critical issues: level playing field, governance and fisheries.

“We asked our chief negotiators and their teams to prepare an overview of the remaining differences to be discussed in a physical meeting in Brussels in the coming days.”

Their second call in a little over 48 hours came after Michel Barnier and his UK counterpart Lord Frost spent the day talking in Brussels.

The negotiators spent the last week talking in London, but failed to break the deadlock – with issues remaining on fishing, governance and the so-called level-playing field.

Downing Street said earlier on Monday that it was prepared to continue talks for “as long as we have time available”, though admitted time was in “very short supply”.

The comments appeared to be at odds with the EU’s chief negotiator Mr Barnier, who reportedly told MEPs the deadline for talks succeeding is Wednesday.

The Prime Minister’s spokesman told a Westminster briefing: “Time is obviously in very short supply and we’re in the final stages, but we’re prepared to negotiate for as long as we have time available if we think an agreement is still possible.”

Meanwhile, Cabinet Office minister Michael Gove met his counterpart on the UK-EU joint committee in Brussels, though the discussions are separate from the trade negotiations.

But in an olive branch to Brussels, the Government said it was prepared to remove three controversial clauses from the UK Internal Market Bill relating to the Irish border.

In a statement, the Government said the UK and EU have “worked constructively together through the Withdrawal Agreement Joint Committee.

“Discussions continue to progress and final decisions are expected in the coming days. If the solutions being considered in those discussions are agreed, the UK Government would be prepared to remove clause 44 of the UK Internal Market Bill, concerning export declarations.

“The UK Government would also be prepared to deactivate clauses 45 and 47, concerning state aid, such that they could be used only when consistent with the United Kingdom’s rights and obligations under international law.”

Before then it has to be ratified by both Houses of Parliament in the UK and the European Parliament as well as signed off by the EU leaders.

France has publicly warned that it will veto any deal if it is unhappy with the terms, amid signs President Emmanuel Macron is anxious that Mr Barnier is preparing to give too much ground in his determination to get a deal.