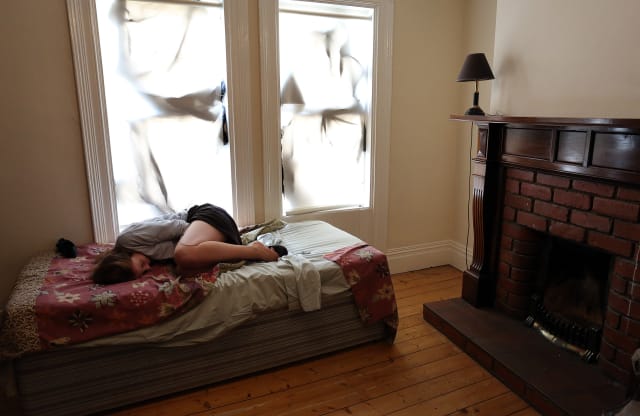 Victims of serious crimes including domestic abuse are being left at risk because too many suspects are released by police without restrictions, watchdogs have found.

A joint report by the police and courts watchdogs found that of 140 cases examined across six forces, 62 saw a suspect released under investigation (RUI) when they should have been bailed.

Under the current system, introduced in 2017, police expect most suspects to be released under investigation, with no restrictions put in place, rather than bailed, where conditions on their release are imposed.

A critical report by Her Majesty’s Inspectorate of Constabulary and Fire and Rescue Services (HMICFRS) and Her Majesty’s Crown Prosecution Service Inspectorate on the use of RUI, published on Tuesday, said: “We found that, many times, suspects who we thought should have been bailed were instead RUI.

“In 62 of the 140 charged cases we looked at, we found that RUI had been used when our inspectors judged that bail with conditions should have been used to offer more protection for the victim.

“This is extremely worrying, especially for the victims in these cases, who had no bail conditions in place to keep them safe.”

Inspectors warned that in some cases domestic abuse victims were being left for months with no protection.

The report said: “Several cases involving domestic abuse caused us concern because the suspects had been RUI without bail conditions in place to protect the victims.

“When the cases were finalised in court, restraining orders were imposed to prevent the suspects from contacting the victims.

“However, in many cases the victim had been left without the protection that can be provided by bail conditions, sometimes for several months.

“It is essential that victims are properly protected in cases of domestic abuse or stalking.

“These crimes can often result in tragic outcomes if the victim is not protected.”

The watchdogs found that a common reason for the use of RUI was because of delays in the forensic examination of devices including phones, tablets and computers.

Bail can be authorised by senior officers for up to three months but beyond that police have to apply to magistrates for an extension which may be unsuccessful.

The report said: “We were concerned to find that in far too many cases the decision to release a suspect under investigation rather than on bail was because of digital forensic delays.

“In most forces, investigators expect that digital forensic evidence will take at least two or three months.

“This means that officers know in advance that they will need to seek a magistrate’s extension after the three months’ extension to bail has elapsed.

“It is easier for the police to release the suspect under investigation.”

Inspectors found that RUI investigations took longer than bail cases, and that in some instances they took so long that police ran out of time to prosecute and had to drop the case.

On average, the time between arrest and charge is 128 days for pre-charge bail and 201 days for RUI.

The report said it was “unacceptable” that suspects released under investigation were left in limbo for months without knowing what was happening with their case, and in some instances not told when the investigation was closed.

Inspectors found: “For suspects who are RUI, the justice process can take months or years.

“The scrutiny that is applied to bail cases is lacking in RUI cases, leaving suspects in limbo for months and in some cases over a year.

“We think this is unacceptable.”

The changes to the bail system were made in 2017 after concern over the amount of time suspects were being left on bail, only to be told months or years later that they would face no further action.

The watchdogs said that the changes were brought in “extremely quickly” without enough consideration of how victims would be affected, and without proper guidance for police.

Chief Constable Darren Martland, the National Police Chiefs Council (NPCC) lead for Bail, said senior officers had raised concerns about the effect the changes would have on victims at the time they were made.

The NPCC introduced national guidance on the use of RUI in January 2019.

Mr Martland said: “Our first priority is to keep people safe and we are committed to doing everything we can to protect victims and witnesses as investigations progress, while also respecting the rights of suspects.

“As Her Majesty’s Inspectorate of Constabulary and Fire and Rescue Services (HMICFRS) found, there is more to do to ensure bail is properly used to best effect and we support all of the recommendations they have made.

“We will now work closely with the College of Policing and the Home Office to review the legislation and implement the Inspectorate’s recommendations so that we are making full use of bail to protect vulnerable victims and witnesses while upholding the rights of suspects.”

A Home Office spokesperson said: “We are taking action to build back confidence in our justice system by better protecting victims and ensuring that the police are supported to investigate crimes swiftly and effectively.

“That’s why the Home Secretary launched a consultation earlier this year on pre-charge bail, which set out our proposals to ensure that police officers use pre-charge bail in cases where it is necessary and proportionate, including where there are risks to victims, witnesses and the public.

“We will carefully consider the findings of this report and plan to publish the results of our consultation shortly.”