Post-Brexit trade talks: the next steps 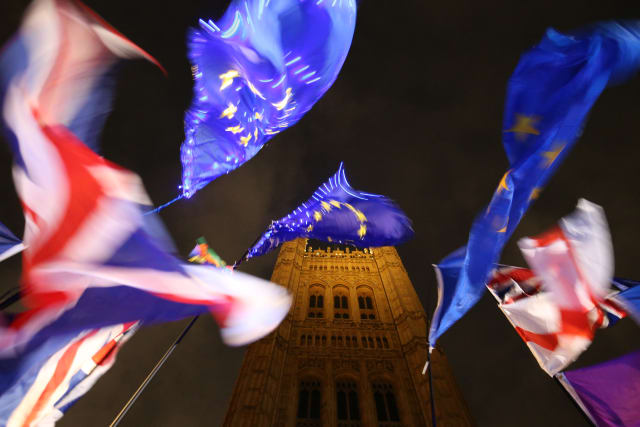 The chief UK and EU negotiators, Lord Frost and Michel Barnier, have been meeting in Brussels in a final push to agree a post-Brexit trade deal.

These are the next possible steps:

Mr Barnier is expected to brief the ambassadors of the 27 EU member states on the state of play in the negotiations.

The UK Internal Markets Bill returns to the House of Commons. Ministers are seeking to overturn amendments by the Lords removing provisions enabling them to override measures in the Brexit “divorce” settlement relating to Northern Ireland.

Boris Johnson and European Commission president Ursula von der Leyen will speak by telephone – possibly as MPs are voting in the Commons – to assess the chances of an agreement.

Second reading debate in the House of Commons for the Taxation (Post-Transition Period) Bill with further measures giving ministers the power to override the Brexit Withdrawal Agreement.

EU leaders meet in Brussels for a two-day summit where they could sign off on a deal if the two sides can overcome their remaining differences.

If there is no deal by then, the Brexit transition period will end and the UK will leave the single market and the customs union and move to trading with the EU on World Trade Organisation rules with the imposition of tariffs and quotas.

If there is a deal, it will have to have been approved by both Houses of Parliament in the UK and by the European parliament, although there may be just a bit of wriggle room.

EU law would allow the provisional application of the agreement from January 1, provided it has been signed off by leaders, while in Britain, ministers have suggested “you can always find more time” as long as the fundamental issues have been resolved.