Johnson will spark ‘economic war’ if he fails to get Brexit deal, Brown warns 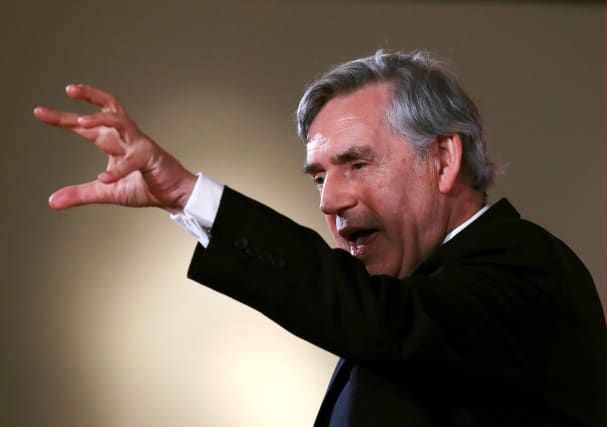 The UK will face an "economic war" with Europe and America if Boris Johnson fails to negotiate a Brexit deal, Gordon Brown has warned.

The former prime minister said Mr Johnson's confrontational approach will make him the "most isolated prime minister in peacetime history" in the event of a no-deal Brexit.

Negotiations between British and EU negotiators are set to resume today in Brussels in an attempt to secure a post-Brexit trade deal.

Warning of "huge international implications" if no agreement is reached, Mr Brown said: "We would be in an economic war with Europe that would cost us very dearly.

"Food, drugs and everything else would find it difficult to get into the country without tariffs and without holdups.

"But we'd also be in an economic war with America because there'd be no chance of a trade treaty with America.

"So Boris Johnson is going to end up as the most isolated Prime Minister in peacetime history, with no friends around the world.

Mr Brown said it would be up to Labour leader Sir Keir Starmer whether to back any deal but suggested "most of the big questions" are likely to remain unanswered even if an agreement is reached, leading to "an unstable relationship" over the coming months and years.

He predicted that there will be a tariff-free trade deal without quotas but said the EU may insist upon sanctions and tariffs being imposed if the UK breached the "level playing field".

"So you may have an unstable relationship over the next few months or even over the next few years because all they can get to in this negotiation is a minimalist deal, which leaves people very uncertain about the path of the economy", Mr Brown said.