Divorcee owed £450m back in court for fight with son 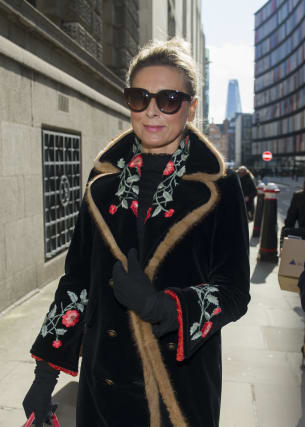 A divorcee trying to get her hands on around £450 million she is owed by her Russian billionaire ex-husband is expected to spell out how she thinks their son helped his father hide assets during the latest round of a legal battle.

Tatiana Akhmedova, 48, says her ex-husband, 65-year-old businessman Farkhad Akhmedov, has hidden assets and has accused their 27-year-old son, Temur Akhmedov, of acting as his father’s “lieutenant”.

Ms Akhmedova, who is from Russia but lives in London, is expected to outline allegations against Temur, a London trader, when she starts giving evidence at a public trial in the Family Division of the High Court, in London, on Monday.

Mrs Justice Gwynneth Knowles is scheduled to hear evidence and legal argument over the next two weeks.

Temur, who is scheduled to give evidence later this week, disputes allegations made against him.

The trial should have started on Wednesday December 2 but was halted after Mrs Justice Knowles was told that Temur had travelled to Russia.

Temur, who spoke to the judge by video link, said he become “scared” and “stressed”.

Mrs Justice Knowles ordered him to attend the trial, by Tuesday at the latest, to give evidence or face the possibility of being jailed for contempt of court.

A spokesman for Temur says he is back in London.

Ms Akhmedova was awarded a 41.5% share of Mr Akhmedov’s £1 billion-plus fortune by another British judge in late 2016.

But judges have heard that she has so far pocketed about £5 million and that Mr Akhmedov has not “voluntarily” paid a penny.

– Mrs Justice Knowles is scheduled to oversee the trial in the Rolls Building, part of the Royal Courts of Justice complex, in London. Witnesses and some lawyers are due to be in court but arrangements have been made for journalists and members of the public to watch via a video link.