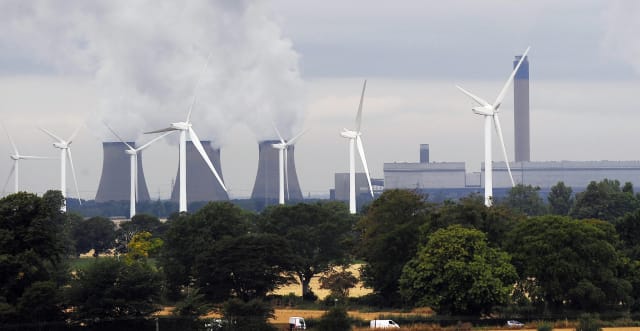 World leaders are being urged to set out “very clear ambition and targets” to cut emissions at a climate summit being co-hosted later this week by the UK.

Ahead of the meeting, the UK has announced a new national climate plan under the Agreement, to cut emissions by at least 68% on 1990 levels by 2030, and is asking other countries to follow its lead.

This week, the UK’s advisory Committee on Climate Change is also due to set out its recommendations for new emissions cutting targets for 2033-37, as well as stronger efforts in the 2020s and 2030s to ensure the country meets its legal goal to cut emissions to net zero by 2050.

With the UK off-track to meet existing, less stringent targets, the pressure is on domestically for more action to tackle emissions from power supplies, homes, cars, agriculture and industry.

Worldwide the pressure is on too: the summit is being held amid warnings from UN bodies that despite coronavirus, the climate emergency continues and the world is far off track to meet goals to curb warming set under the Paris deal.

The Agreement commits countries to keeping global warming to “well below” 2C above pre-industrial levels and pursue efforts to curb them to 1.5C – the threshold beyond which the worst impacts of climate change will be felt.

Before the summit, a report from the United Nations Environment Programme (UNEP) will spell out the latest data on the gap between where emissions are heading and where they need to be to avoid dangerous warming.

Under the Paris Agreement, countries were expected to bring forward new and updated national plans by 2020 to bridge the gap – making the UN “Cop26” talks that were due to take place in Glasgow at the end of this year a crucial point in climate efforts.

But as the Cop26 conference was delayed until November 2021 because of the pandemic, this week’s summit is seen as part of the path to next year’s talks – and leaders are being urged to show ambition at the event.

Business Secretary and Cop26 president Alok Sharma said: “What we’ve said to world leaders is that we welcome them coming forward with their commitments.

“But what we are not looking for is general commentary, we are looking for very clear ambition and targets, so I hope that’s what we will hear at the ambition summit.”

It is hoped that dozens of countries will put forward concrete commitments to cut emissions, including those setting out more ambitious climate plans, known as nationally determined contributions, for the next decade.

There will also be a focus on long-term goals to cut emissions to zero overall, with scientists warning that the world needs to cut carbon emissions to “net zero” by 2050 to meet the 1.5C target.

And countries will be expected to spell out action on adapting to climate change and on finance for poorer countries, who see a long-held pledge to provide 100 billion US dollars a year to help them deal with global warming as “totemic”, Mr Sharma said.

The Business Secretary said there was room for optimism based on conversations with other countries in the run-up to the summit.

Despite the focus on Covid-19, he said: “There’s a real recognition that climate change hasn’t gone and taken time off.

“There’s a clear realisation the clock is ticking and there’s a desire to build back better and build back greener.”

Shadow business secretary Ed Miliband said the stakes of Cop26 were “incredibly high” as the pledges made by individual countries under the Paris Agreement currently added up to around 3C of warming.

Ministers from the Prime Minister downwards “must be on a crusade for maximum ambition” beginning at this week’s summit, he said.

“They should be under no illusions: to succeed will require heavy diplomatic muscle over the coming months requiring all the resources of government, not simply photo ops.

“Huge responsibility rests on the shoulders of government to succeed. It is in all of our interests that they do,” he said.