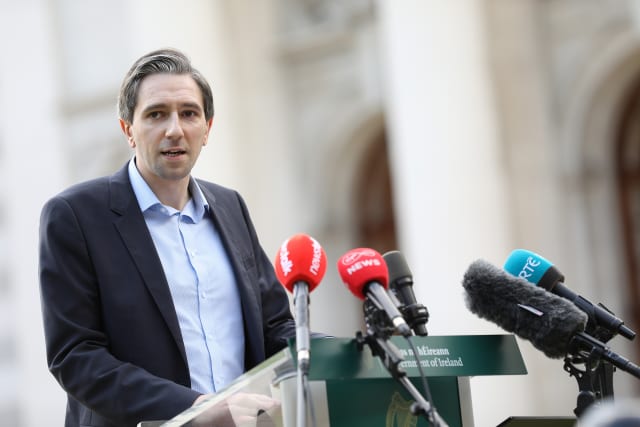 An Irish Government minister said that a post-Brexit trade deal can be done if both sides are willing to reach an agreement on outstanding issues.

Minister for Further and Higher Education Simon Harris said this is a “crucial week” for the EU and the UK to secure a deal.

Negotiations were resuming in Brussels on Sunday after Boris Johnson and European Commission president Ursula von der Leyen gave the green light for talks to resume.

The talks on reaching a trade deal are entering their final days, with both sides hoping to overcome significant differences on fair competition and future fishing rights.

“It can’t be seen about fisheries in isolation, it’s about the logical, fair rationale that if Britain wants access to lots of EU markets it’s entirely appropriate that EU would have access to British fishing waters while respecting British sovereignty.”

Sinn Fein’s Eoin O Broin said there are “huge concerns” among Irish exporters over issues around access to EU markets.

Mr O Broin said the deal must be in the interests of the Irish people and businesses, particularly those in the fishing and exporting industries.

“The Government needs to continue what it has been doing which is defending the Good Friday Agreement and defending the Irish protocol,” he added.

“We are in the last chance saloon. The costs of this deal are already very substantial and we wouldn’t be able to cope with a no-deal scenario.”

Sligo Independent TD Marian Harkin said a no-deal is an “affliction” on the UK.

“I think the UK looks at the reality of day-to-day trading and they know a no-deal would be hugely damaging to their economy and also to the EU economy,” she added.

“We are at the theatric stage at this point where people puff up their chests and say ‘this is what we are going to do for you, for our fishermen’ or whoever.

“I think 98% of this deal is done and it’s a question of getting it across the line.”

Solidarity-People Before Profit TD Richard Boyd Barrett said: “We know particularly in Ireland a deal is the rational thing, it makes sense, everybody will be hurt by a no-deal.

“But Boris Johnson is reckless from a political point of view.

“He was always going to play it right up to the end, you would hope he will ultimately do the rational thing and this is brinkmanship, but you can’t be sure with the sort of reckless politics that characterises Boris Johnson.”