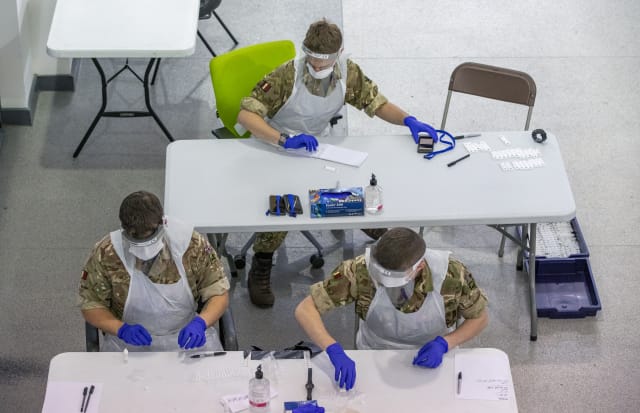 The mass use of rapid turnaround tests for coronavirus has been defended by a senior adviser to the NHS amid concerns a high level of “false negatives” is giving people a misplaced sense of reassurance.

Government figures released earlier this week from Liverpool – where the mass rollout of the lateral flow tests was first piloted – showed they missed half of all cases and a third of those with a high viral load who were likely to be the most infectious.

It led to calls from some scientists for their use to be suspended amid fears some people who tested negative would go on to mix with others who may be more vulnerable because they wrongly believed they did not have the disease.

Dr Susan Hopkins, chief medical adviser to NHS Test and Trace, said the tests had enabled them to find many cases of infection in people without Covid-19 symptoms that would otherwise have been missed.

“What we are doing here is case detection. We are not saying people do not have the disease if their test is negative,” she told the BBC Radio 4 Today programme.

“We are trying to say (to people who test positive) ‘You do have the disease and now we want you to go and isolate for ten days’. That is a whole different game-changer.”

With other local authorities looking to roll out the lateral flow tests, Dr Hopkins stressed their use did not end the need for social distancing.

“We have been very clear that this test finds people we couldn’t otherwise find. We are also very clear that until we get a much lower prevalence of disease in this country that we shouldn’t be changing our behaviours.”

She was backed by Professor Calum Semple, of Liverpool University and a member of the Government’s Scientific Advisory group for Emergencies (Sage), who said their deployment in the city meant 85% of the population were just a 15-minute walk from a testing centre.

“This means we have broken over a thousand transmission chains in those hotspot areas,” he told Today.

“We are increasing the safety of an activity that is going to happen anyway. In this case we are breaking transmission chains and that is really important.”

However, Professor Jon Deeks, of Birmingham University, said the tests were being used in ways for which they were never intended with potentially dangerous consequences.

“We can’t see why the Government is progressing with using this test when it is missing so many people.