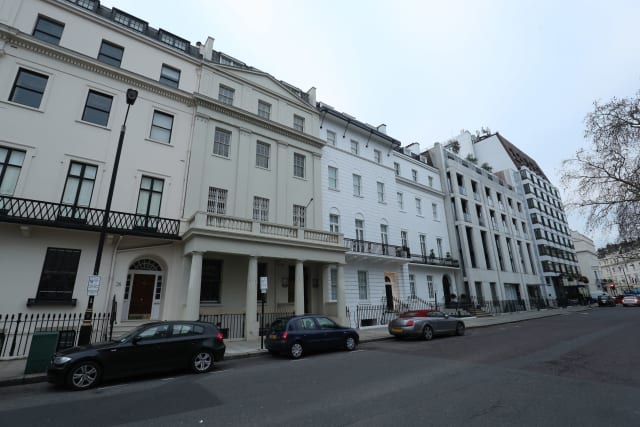 The dash to snap up homes in the countryside may be slowing down slightly, a survey of people at the top end of the property market suggests.

Previous housing market reports have indicated that the coronavirus pandemic, with more opportunities to work from home, has prompted a jump in people looking to move from urban areas to villages and smaller towns.

But Savills, which surveyed buyers and sellers in the prime property market (the top 5%-10% of homes in terms of value) found a “core of demand” among those who enjoy what city living has to offer.

Savills said demand for village and countryside locations from city dwellers is still strong, with around a third of those currently living in central London and other cities and suburbs identifying this as the preferred location for their next home.

Savills research analyst Frances Clacy said: “There remains a core of demand from those who are committed to urban living, particularly upsizers under the age of 40, first-time buyers and a group of downsizers who value proximity to amenities.

“And in a sign that the dash for the rural retreat may have slowed a little, 44% of respondents currently based in central London would like to continue city-centre living, rising to 47% for the under-40s, while only a third expressed the desire for a more rural setting, and then often as a second home.”

Nearly seven in 10 (69%) downsizers currently living in an urban setting indicated a desire to remain in a town or city, while 51% of those in rural areas hope to move into a village or a small town.

Its research also suggests that the ending of the current stamp duty holiday on March 31 2021 will not represent a “cliff edge” for wealthier buyers.

Lucian Cook, head of residential research at Savills, said: “While we expect transaction levels in the first half of next year to be concentrated in the first three months, this survey tells us that decisions to move home are not made and broken in days and weeks.”

He said eight in 10 (81%) people made the decision to move either before the pandemic or during the first lockdown.

“This means decisions were made before the stamp duty holiday was announced (in July), so a failure to move prior to March 31 is not expected to cause substantial fall-throughs.”

He added: “We do expect the economic effects of the pandemic to weigh more heavily on the housing market next year, but it looks as though there is a surprising seam of demand among more affluent buyers that is much less sensitive to these factors than the wider market.”