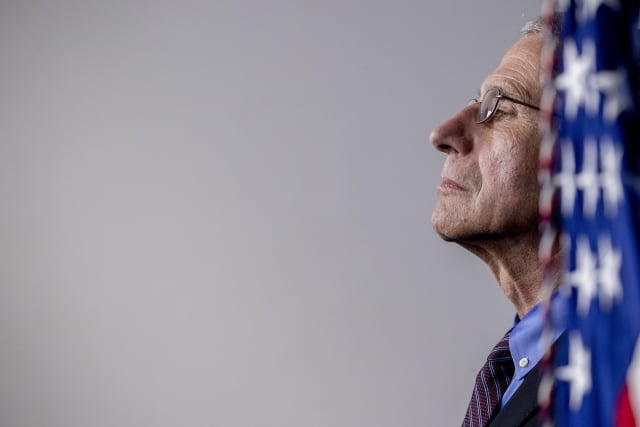 The UK’s medicines regulator has defended itself against criticism from America’s top infectious disease expert, saying it has “rigorously assessed the data” for the Pfizer/BioNtech Covid-19 vaccine.

The Medicines and Healthcare products Regulatory Agency (MHRA) commented after Dr Anthony Fauci, the director of the US National Institute of Allergy and Infectious Diseases, warned the speed at which the UK approved the Pfizer/BioNTech vaccine could undermine confidence in the jab.

Dr Fauci told CBS American regulators would do a “more thorough job” – although he later backed away from the comments, saying he was not implying sloppiness on the part of British authorities, in whom he had “great faith”.

The MHRA said it had carefully assessed all the data on the vaccine and no “standards of safety, quality and effectiveness have been bypassed”.

This comes after officials in Scotland said they would move to vaccinate elderly residents from December 14 with the Pfizer jab after talks concluded batches of the jab could be split into smaller packs.

The MHRA approved the move at some point on Wednesday, saying batches could be made smaller in a document outlining how it could happen.

NHS England chief executive Sir Simon Stevens and Prime Minister Boris Johnson told a Downing Street press conference on Wednesday the vaccine would not reach care homes yet because MHRA approval had not been given for splitting batches.

Setting out the “immense logistical challenges” in getting the vaccine into care homes, Mr Johnson told the briefing: “Of course we want to get it into care homes to protect the most vulnerable as fast as we possibly can.”

But, he said, the MHRA had not authorised the people transporting the vaccine to the care homes to split the packs.

The Joint Committee on Vaccination and Immunisation (JCVI), which advises ministers, has said care home residents and staff should be prioritised for the jab, followed by those aged 80 and above and frontline health workers, then younger age groups and the clinically vulnerable.

When asked for comment, NHS England would not commit to a date to roll the vaccine out in English care homes.

Earlier in the week, Wales’ health and social care minister Vaughan Gething said the Oxford University vaccine, which has not yet been approved, could be more suitable for care homes as there are “significantly less logistical challenges”.

The Pfizer vaccine is difficult to get to care homes because it must be kept at around minus 70C and is initially packed in large batches.

Pfizer and BioNTech have said the jab can be sent to care homes, as long as the vaccine travels for no more than six hours after it leaves cold storage and is then put in a normal fridge at 2C to 8C.

The UK has ordered 40 million doses of the Pfizer jab, enough to vaccinate 20 million people. The first doses arrived on Thursday, with rollout in the UK starting on Tuesday.

Defending itself after Dr Fauci’s comments, the MHRA insisted it had “rigorously assessed the data” relating to the vaccine “in the shortest time possible, without compromising the thoroughness of our review”.

It added: “Covid-19 vaccines, including this one, are being developed in a co-ordinated way that allows some stages of this process to happen in parallel to condense the time needed, but it does not mean steps and the expected standards of safety, quality and effectiveness have been bypassed.”

It added a rolling review of the vaccine data started at the beginning of October, and the agency said it had made good progress on the review before the last submission of data was received.

“Any vaccine must undergo robust clinical trials in line with international standards, with oversight provided by the Medicines and Healthcare products Regulatory Agency.

“No vaccine would be authorised for supply in the UK unless the expected standards of safety, quality and efficacy are met.”

The Times reported MHRA head June Raine will conduct a round of interviews with regional radio stations in an attempt to convince people concerned about the vaccine, believing people are more likely to trust what they hear on local radio.

Meanwhile, Professor Azra Ghani, an infectious disease epidemiologist at Imperial College London, said workers in key industries could be in line for the vaccine once all over-50s have been vaccinated.

Speaking to BBC Radio 4’s Today programme about her modelling of vaccine prioritisation, she said giving jabs first to the “most vulnerable”, such as the oldest in society, was a way of reducing illness as clinical trials had shown the vaccines “reduce illness and particularly severe illness and hospitalisation”.

But, Prof Ghani added: “Once we go below the age of 50, then the risk of severe outcomes really does drop off quite dramatically.

“Then, I think, we need to think about what stage the epidemic is in, what the supply looks like and what the priorities are.

“So, risk groups may be one of those but if the epidemic has started to decline – we may have moved into the summer period – it may be that we want to protect key industries.”

– But the Welsh Government says travel is prohibited between Wales and Tier 3 areas of England, Level 3 or 4 areas of Scotland, and the whole of Northern Ireland, which is currently under lockdown.

– On Thursday, the coronavirus death toll in the UK passed the 60,000 mark, jumping to 60,113 after a further 414 fatalities were announced.

Man stopped in attempt to smuggle 74 chameleons past customs

Family of Keon Lincoln appeal for info on teen's murder

Xi calls for multilateral coordination in face of pandemic

Will Young questions why brother not assessed by psychiatrist before death