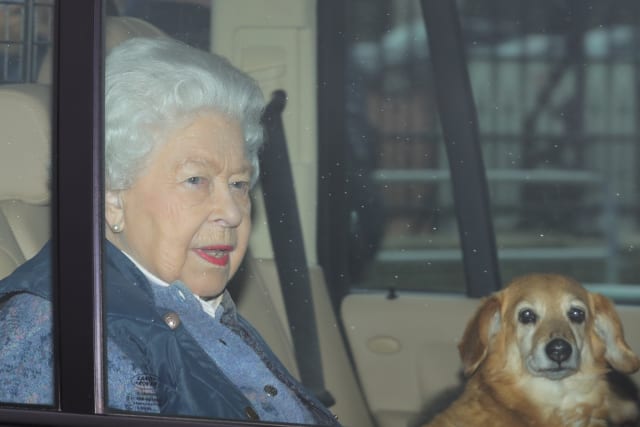 The Queen's dog Vulcan has died, leaving the monarch with only one pet by her side.

Vulcan reportedly died from old age at Windsor Castle, where the Queen spent much of the second lockdown.

This leaves the head of state with only one pet, her dog Candy.

A palace source said: "Clearly the loss of a loved pet is upsetting."

Vulcan, like Candy, was a dorgi – a cross between a corgi and a dachshund.

The Queen has been a life-long dog lover and is still famed for her pet corgis.

26 PHOTOS
The Queen and her love of dogs
See Gallery

She has owned more than 30 corgis, many of them direct descendants of her first one, Susan, given to her as an 18th birthday present by her parents in 1944.

Susan was so loved that she accompanied the then Princess Elizabeth on her honeymoon.

In 2012, the Queen's corgis had a starring role in the James Bond sketch the Queen recorded for the London Olympics opening ceremony.

Monty, Willow and Holly greeted the secret agent, played by Daniel Craig, as he arrived at Buckingham Palace to accept a mission from the Queen.

The Queen's final corgi Whisper died in October 2018. He was adopted following the death of his owner, a former Sandringham gamekeeper,