MSPs to reject 5.1% pay rise and call for salary freeze 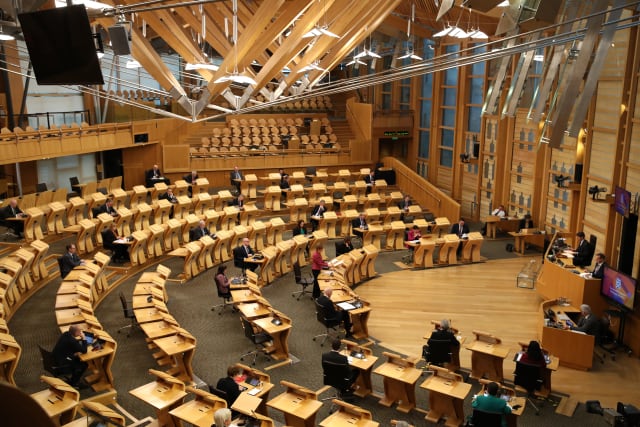 Salary increases for MSPs are linked to public sector pay and they would have been in line for a 5.1% rise in 2021.

But Presiding Officer Ken Macintosh announced the Scottish Parliament’s cross-party corporate body has rejected a pay rise for MSPs next year and has called for salaries to be frozen.

An MSP’s salary is currently £64,470 following a 1.4% pay rise last year, with additional financial entitlements for ministers and officers of the Parliament.

Any pay rises are linked to public sector rises in Scotland using the annual survey of hours and earnings (ASHE) published by the Office for National Statistics.

In a letter to MSPs, Mr Macintosh wrote: “In the midst of a public health crisis with such devastating economic consequences and hardship for so many households, the Scottish Parliament Corporate Body (SPCB) unanimously agreed yesterday that it would be wholly inappropriate for the ASHE index to be applied to MSP and ministerial salaries next year.”

The SPCB, chaired by the Presiding Officer, instead unanimously agreed to ask for salaries to be frozen in their budget bid to the Finance and Constitution Committee.

Mr Macintosh added: “These are exceptional circumstances and no other decision would have been appropriate or welcome at this time – either inside or out-with Parliament.

“Now, more than ever, is a time for political leadership where our own salaries are concerned.”