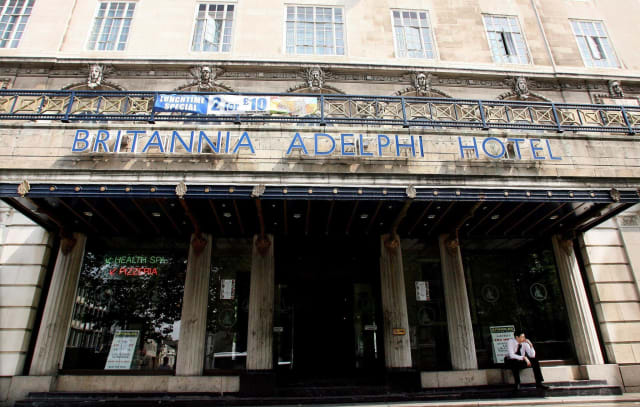 Britannia has been ranked the UK's worst hotel chain for the eighth consecutive year, after guests described their venues as "filthy".

It was the only firm to receive just one star out of five for cleanliness following the survey of more than 4,000 people by consumer group Which?

Despite being one of the UK's cheapest chains, with rooms costing an average of £58 per night, guests still only gave Britannia one star for value for money.

One customer said a hotel was a "filthy hovel", while another claimed it was "by far the dirtiest hotel room I have ever stayed in".

When Which? visited the Folkestone Britannia, also known as the Grand Burstin, as part of a separate investigation into hotel hygiene, it found stray hairs and stained towels.

Further tests indicated that surfaces had not been thoroughly cleaned between stays.

The chain said in a statement: "We are totally committed to providing a safe environment for visitors. We have so far spent around £2 million on Covid-19 precautions, but we accept there is more to do."

Mercure scored the second lowest overall score at 60%, with Days Inn Hotels at 62%.

At the other end of the table in terms of performance and price was Sofitel.

But this was only narrowly ahead of Premier Inn (82%), which guests praised for offering reliable quality at a reasonable price.

Rory Boland, editor of magazine Which? Travel, said: "It appears that not even a global pandemic could force Britannia to clean up its act.

"At best, it's drab and dated, and at worst it's downright filthy – and after eight years at the bottom of our survey, our message is loud and clear: avoid these hotels.

"While Premier Inn remains a firm favourite, it's clear that this year, UK hotels have become more than just a place to lay your head, but a destination in themselves.

"With fewer of us travelling abroad this year, our survey shows that when it comes to holidaying at home, we're quite happy to pay more for a little luxury."