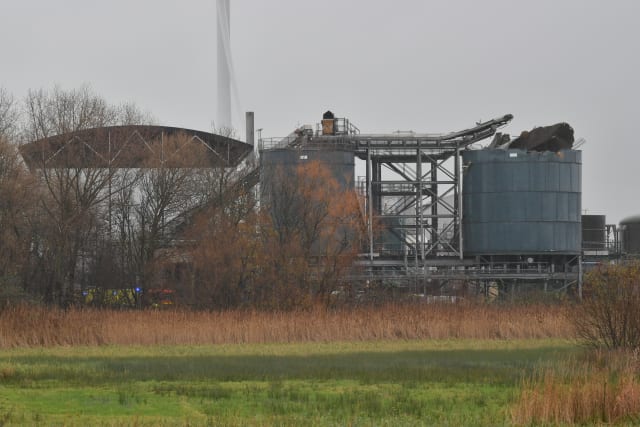 A 16-year-old boy was among the four workers killed in an explosion at a waste water treatment works.

It is understood that Mr James was a contractor working at the site, while Mr Vickery and Mr White were employees of Wessex Water and Luke was an apprentice at the firm.

Emergency services were called to reports of a large explosion involving one of the chemical tanks at the site at about 11.20am.

The blast happened in a silo that held treated biosolids.

Avon and Somerset Police, which declared a major incident, said a cordon at the site was likely to remain in place “over the coming days” as an investigation is carried out.

This is being supported by the Health and Safety Executive (HSE) and a team of chemical and mechanical experts, the force said.

Superintendent Simon Brickwood said: “I’d like to extend my heartfelt sympathies to the families of those involved in yesterday’s tragic incident.

“An investigation has been launched into the causes of the explosion, with the support of partner agencies and the Health and Safety Executive.

“This is likely to be ongoing for some time and we will be keeping the victims’ families informed throughout.

“We appreciate the impact this incident has had on the local community and we thank those affected for their patience while our investigative work is carried out.

“The local neighbourhood policing team is available to address any concerns members of the public may have.

“I’d like to pay tribute to those involved in the emergency response, who have been at the scene throughout the night under very difficult and challenging circumstances.”

Specially trained officers are supporting the family of the four workers who died in the incident.

Formal identification is yet to take place and post-mortem examinations are under way, a force spokesman said.

A fifth person who was injured in the explosion is now at home and investigators will speak to them when appropriate.

Giles Hyder, HSE’s head of operations in the South West, said: “We send our deepest condolences to the families of those who tragically died. It is important a joint investigation is carried out.

“We will provide specialist support to what is likely to be a complex investigation under the command of the police.”

Witnesses to the aftermath of the explosion described hearing a “boom and echo” which shook the ground, followed by “a lot of commotion”.

Sean Nolan said: “It was quite short-lived, I’d say about two or three seconds. Sort of a boom and echo and then it just went quiet.

Kieran Jenkins, who was working nearby, told the BBC that he and and a colleague saw people running from the scene.

“We were inside the warehouse, the whole warehouse was shaking and we literally stood there in shock,” he said.

Avon Fire and Rescue Service described the scene of the incident as “very challenging”.

Search and rescue dogs were used to identify casualties following the blast.

The explosion is not being treated as terror-related and there are not believed to be any ongoing public safety concerns.

Colin Skellett, chief executive of Wessex Water, said: “We are all absolutely devastated by what has happened.

“Our hearts go out to the family, friends and colleagues of those who lost their lives during the tragic event on Thursday.

“I know from the thoughts and comments I have received from so many, that this has affected the whole Wessex Water family.

“I know Avonmouth, I worked there for many years, and I know the people, some of whom have lost their lives during this terrible incident.”