Wizz Air to launch new base at Cardiff airport 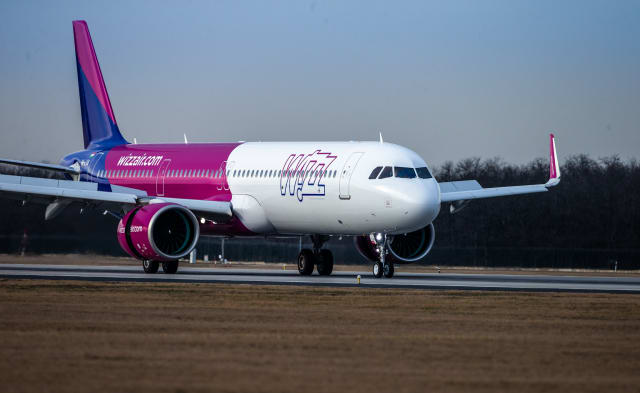 Cardiff airport has been handed a lifeline after being announced as the fourth UK base for Wizz Air.

The airline will launch nine new leisure routes from the South Wales airport when the summer 2021 season starts in late March.

The “significant investment” will create 40 direct jobs and more than 250 indirect jobs, according to Wizz Air.

One Airbus A321 plane will be based at the airport by the Hungarian firm’s UK subsidiary.

Cardiff has suffered one of the largest percentage decreases in passenger numbers among UK airports during the coronavirus pandemic.

Just 8,400 passengers travelled through the airport in October, 94% fewer than during the same month in 2019.

The airport’s flagship route to Doha has been suspended by Qatar Airways throughout the winter.

This will increases the airport’s annual capacity by more than 350,000 seats, Wizz Air said.

He went on: “The Wizz Air UK base will bring a huge amount of choice for our customers to travel to some of the most popular holiday destinations from Cardiff, at affordable prices.

“We know many people living in Wales are craving a well-deserved holiday after such a challenging year.”

Wales’ transport minister Ken Skates said: “This is welcome news and a positive step that will help Cardiff airport emerge from the impact of the Covid-19 pandemic.

“The new Wizz services will increase choice for passengers, create jobs and add to the airport’s economic benefits.”

It previously had a single UK base, at Luton airport.

Owain Jones, managing director of Wizz Air’s UK arm, said: “This is an extremely exciting time for Wizz Air as we increase our footprint in the UK even further.

“The creation of our fourth UK base at Cardiff airport reflects Wizz Air’s continued commitment to serving the UK market and generating economic growth, as we create local jobs, stimulate the tourism and hospitality industries and deliver on our promise of providing affordable, direct flights to exciting holiday destinations.

“Today’s expansion into Wales brings increased connectivity to the region, so passengers can take advantage of Wizz Air’s ultra-low fares to travel to their favourite sunny holiday spots onboard our young and green aircraft fleet.”