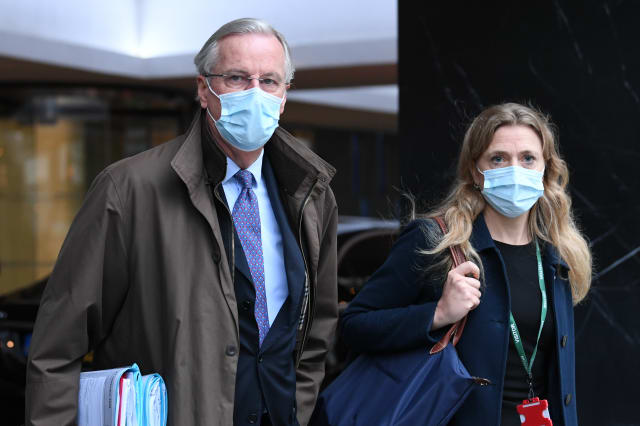 The London markets edged higher despite a surge in the pound as traders clung hopefully on to speculation that the UK could be nearing a deal with the EU.

Ireland’s foreign minister Simon Coveney said there is still a “good chance” a deal can be done, sparking hopes significant progress is around the corner.

Currency and equity markets were both optimistic as a result.

Connor Campbell, financial analyst at Spreadex, said: “The pound appeared to rise after Irish foreign minister Simon Coveney claimed that “there’s a good chance we can get a deal across the line in the next few days”.

“It’s the kind of comment that has been heard before in the last couple of weeks, without anything materialising.

“Nevertheless, with the deadline looming, sterling will take what it can get.

“Interestingly the FTSE didn’t dip into the red despite the pound’s gains – instead the index rose, pushing it above 6,480 for the first time in six months.”

The other major European markets closed in the red as they remained more cautious.

Across the Atlantic, the Dow Jones nudged marginally higher despite US daily Covid-19 deaths hitting their highest level since April, as traders banked on vaccine progress.

A rally in mining stocks particularly helped to buoy the FTSE 100, with Rio Tinto, Anglo American, Glencore and BHP Group all making progress.

In company news, supermarket giant Sainsbury’s rebounded after it became the latest grocery chain to commit to returning its business rates relief to the Government.

It saw shares rise 8.7p to 218.6p after it committed to returning business rates relief worth around £440 million, after rivals Tesco and Morrisons made similar moves on Wednesday.

B&M shares were 3.3p lower at 474.7p before it told investors it would hand over around £80 million worth of relief at the close of Thursday’s trading session.

Eve Sleep leapt in value after online mattress retailer hiked its trading forecasts for the second time in a year.

It closed 0.4p higher at 4.8p after it hailed “strong” summer sales and a bumper Black Friday, saying it now expects to post revenues of at least £24 million for the year.

The price of oil was muted, edging into the green, amid Opec discussions over their next move with respect to production.