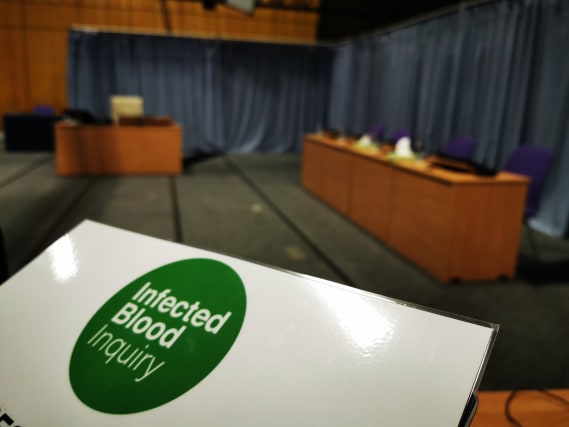 Some haemophiliac patients did not find out whether they were HIV positive until more than two years after receiving infected transfusions, an inquiry has heard.

The Infected Blood Inquiry was told two patients who were informed they may have been infected did not request tests to find out, while others were “adamant” they did not want to know.

Giving evidence to the UK-wide inquiry remotely on Thursday, Professor Christopher Ludlam, consultant haematologist and reference centre director at the Royal Infirmary of Edinburgh from 1980 to 2011, said he knew of 16 positive cases in October 1984.

The inquiry has been told 23 haemophiliac patients in total, two of them children, became infected with HIV after treatment at the Edinburgh Centre in 1984.

Patients were invited to a group meeting in December that year when they were told about the situation and were offered tests to find out whether they had antibodies to HTLV-III, the previous name for HIV.

Jenni Richards QC asked Prof Ludlam: “There were two patients who after two years still didn’t know their results because they had not responded to any invitation to proactively contact the centre and a very small number of patients declined to know the result?”

He replied that was correct and said the two people who had not asked for their results found out at the end of January 1986, or very early in January 1987.

Asked when others may have found out, he said: “I cannot remember when they eventually heard.”

He said one patient who did not want to know their test results did not attend the December meeting, and Prof Ludlam made a point of contacting him.

The professor told the inquiry: “It was of particular concern to me because I saw that there was a possibility that other people could be at risk and I would have felt more comfortable if he had known.

“I suspect he must have thought he might be.”

Thousands of patients across the UK were infected with HIV and hepatitis C through contaminated blood products in the 1970s and 1980s.