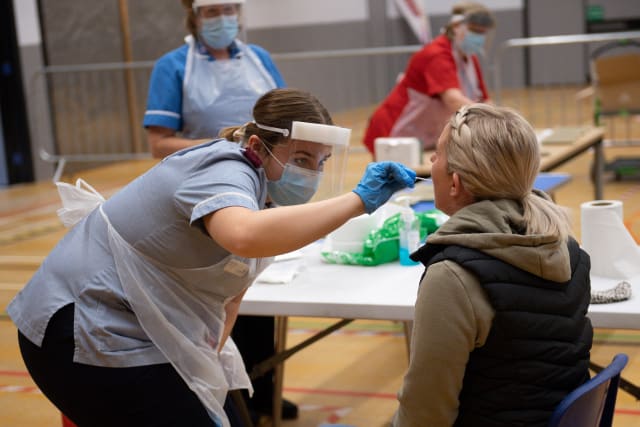 The proportion of close contacts reached by England’s Test and Trace system has jumped after contact tracers stopped trying to reach all under-18s individually.

Some 72.5% of people who have been in contact with someone who has tested positive for Covid-19 were reported as having been reached in the week to November 25.

The rise, from 60.5% in the week ending November 18, comes as under-18s are no longer all being traced individually.

Instead a parent or guardian in the household is asked to confirm they have told the child to self-isolate, and if they have done so the child is recorded as having been reached.

If no parental permission is provided, the usual contact-tracing routes are followed.

The latest Test and Trace report shows that, six months after being launched, the system is not reaching more than a quarter of close contacts of coronavirus cases.

The figures show 110,620 people tested positive for Covid-19 in England at least once in the week to November 25.

This is down 28% on the previous week and is the lowest total since the week ending October 14.