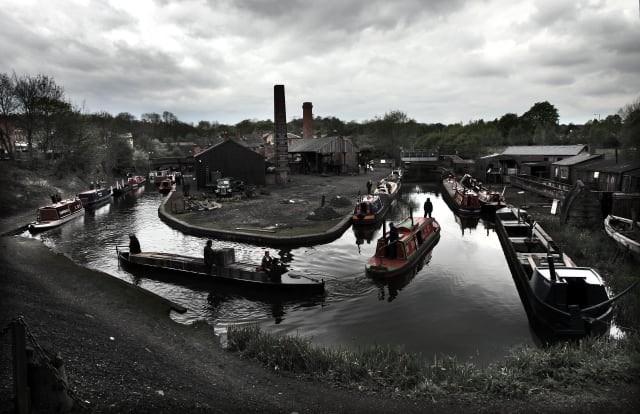 The Black Country Living Museum and Birmingham’s Millennium Point are among sites set to host temporary mass vaccination centres as part of a national roll-out.

The PA news agency understands both venues will become vaccine hubs, forming part of a network of 46 such centres in the coming weeks.

Parts of Malvern’s Three Counties’ Showground in Worcestershire and the Villa Park site, home of Aston Villa FC, are also being mooted as possible venues, according to local government sources.

NHS England is not confirming the locations of any mass vaccination sites, though PA has approached all the venues for comment.

The STP’s chief nursing officer Sally Roberts said it would “confirm details of vaccine centres shortly” but not for the moment “given security reasons and various logistical steps needed before distribution”.

A spokesman for the Malvern showground said: “We are in discussions with the NHS regarding a vaccine centre on site in 2021 but nothing has been confirmed yet.”

The Government is also seeking about 1,250 local sites; mainly GP surgeries and health centres, alongside some community centres, from which to administer any vaccine, regional and local government sources said.

St John Ambulance is also training more than 30,000 volunteers between now and spring 2021, to support the NHS in delivering the national vaccination programme.

Preparations have been stepped up with the first dose of vaccine by Pfizer and BioNTech set to arrive in the UK, following its approval on Wednesday by regulator the Medicines and Healthcare products Regulatory Agency (MHRA).

Vaccinations will be rolled out first at hospitals, with overall co-ordination of deliveries of jabs handled by 53 NHS trust vaccine hubs, set out in a letter from NHS England to providers last month.

Jabs will then be delivered from mass vaccination hubs in places like conference halls and sports arenas, with GPs surgeries and health centres likely to follow.

Leicester racecourse has reportedly been approached as another mass vaccination hub, with NHS signs springing up on-site amid signs of advanced-stage preparations.

Military personnel have also been sighted at Ashton Gate Stadium, home of Bristol City FC and Bristol Bears rugby club, to begin setting up the site.

A report to the University Hospitals Bristol and Weston NHS Trust (UHBW) board estimated up to 110,000 people a week could be vaccinated at the sports ground.

There has previously been speculation the NEC exhibition centre near Birmingham Airport and Utilita Arena in Birmingham city centre, run by NEC Group, could also be among sites earmarked for future vaccinations.

Part of the sprawling NEC complex is already home to the Birmingham Nightingale Hospital, which is on 72-hour standby if needed as an overspill for West Midlands’ health services.

Last month, Charnwood Borough Council said it was talking to the Government about setting up a smaller-scale vaccine administration centre at its offices in Loughborough, Leicestershire.

The jab must be stored at minus 70C and can only be moved a few times.

He added: “However, we’re awaiting details of this and how it will work – including if and how general practice will be involved, even if not directly delivering this particular vaccine.”

Prof Marshall said: “General practice will, of course, play a key role in delivering future vaccines that are more suitable for delivery at a community level – as we hope the Oxford vaccine will be, if it is approved for use by the regulators – and we’ve been preparing for this as best we can with the details we have.”

Dr Richard Vautrey, the British Medical Association’s GP committee chairman, said: “With regard to the Pfizer/BioNTech vaccine specifically, we need clarification and guidance from both NHS England and the Government on how exactly practices will be involved in this first phase, given the much-publicised practical restraints around storage and transportation.

“Given these challenges – recognised by the joint committee on vaccination and immunisation – some people may have to wait a little longer for a more stable vaccine to become available, and we’d urge the public to be patient.”

In a statement on the vaccination roll-out, NHS chief executive Sir Simon Stevens said: “This is an important next step in our response to the coronavirus pandemic and hospitals will shortly kick off the first phase of the largest scale vaccination campaign in our country’s history.

“The NHS has a proven track record of delivering large scale vaccinations from the winter flu jab to BCG and, once the final hurdles are cleared and the vaccine arrives in England’s hospitals, health service staff will begin offering people this groundbreaking jab in a programme that will expand to cover the whole country in the coming months.”