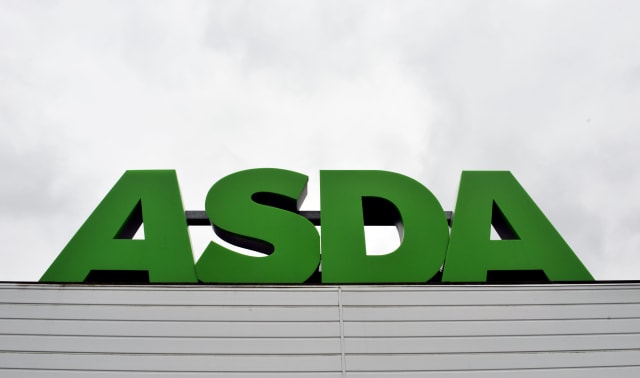 Asda and B&M are the latest essential retailers to commit to handing hundreds of millions of pounds in business rates relief back to the Government.

Discount retailer B&M told investors on Thursday afternoon it will return its savings of “around £80 million”.

Asda said it will return over £340 million it saved from the rates holiday, following similar moves by Tesco, Sainsbury’s, Morrisons and Aldi.

Earlier on Thursday, Aldi and Sainsbury’s said they will hand back more than £500 million in business rates relief to the Government.

It came after rivals Tesco and Morrisons made the same commitment.

The decision by the retailers means almost £2 billion will be paid to the Government and puts more pressure on rivals to follow suit.

In a stock market announcement, B&M European Value Retail said “although significant uncertainty remains, the group believes it is now right to forego the business rates relief granted to B&M”.

Simon Arora, chief executive of B&M, said: “We request urgent reform of the outdated business rates system that is contributing to job losses across the retail sector and is acting as a deterrent to B&M and other potential occupiers taking up vacant space in many locations.”

Asda president and chief executive officer Roger Burnley said: “Throughout the pandemic we have always sought to do the right thing – fulfilling our role in feeding the nation, protecting our colleagues and supporting our communities.

“But, as the hope of a vaccine and a more ‘normal’ life returning in 2021 grows, we have confidence that we are in a strong position to again do the right thing for the communities we serve.

“Almost half our customers are telling us they expect their financial position to worsen in the next 12 months and we recognise that there are other industries and businesses for whom the effects of Covid-19 will be much more long lasting and whose survival is essential to thousands of jobs.”

Sainsbury’s said it will hand over £440 million saved from the Government’s business rates holiday.

Discount retailer Aldi announced it plans to give back its tax break of more than £100 million.

Tesco has announced it will hand back £585 million and Morrisons £274 million.

Downing Street welcomed the retailers’ decisions to hand back the cash.

Asked whether any remaining supermarkets should follow suit, the Prime Minister’s official spokesman said: “It’s a matter for individual businesses but we have been clear throughout that businesses should use our support appropriately.

“We welcome any decision to repay support where it is no longer needed.”

Giles Hurley, chief executive officer at Aldi UK, said: “Thanks to our amazing colleagues, we have been able to remain open during lockdowns and despite the increased costs we have incurred during the pandemic, we believe returning the full value of our business rates relief is the right decision to help support the nation.”

Sainsbury’s said sales and profits have been stronger than expected since the start of the second national lockdown in England and the payment will come despite spending £290 million on making the business Covid-safe.

Simon Roberts, Sainsbury’s chief executive, said: “While we have incurred significant costs in keeping colleagues and customers safe, food and other essential retailers have benefited from being able to open throughout.

“With regional restrictions likely to remain in place for some time, we believe it is now fair and right to forgo the business rates relief that we have been given on all Sainsbury’s stores.

“We are very mindful that non-essential retailers and many other businesses have been forced to close again in the second lockdown and we hope that this goes some way towards helping them.”

He added: “We continue to urge Government to review the business rates system to create more of a level playing field between physical and online retailers.”

The business rates holiday was announced in March by Chancellor Rishi Sunak, aimed at helping retailers and hospitality firms forced to close due to the pandemic.

Marks & Spencer said it does not intend to return its £83 million of business rates relief.

A spokeswoman said: “We are very grateful for the much-needed support Government has provided to businesses impacted by the pandemic – including ours.

“It has enabled us to support our colleagues and our suppliers, whilst continuing to serve our customers in what have been incredibly challenging circumstances.”

Asked on Wednesday if it would match the Tesco pledge, the Co-op said the amount spent on protecting staff and customers outweighed the savings.

It added: “Given the huge uncertainty we’re facing … and the ongoing costs we are incurring, we’ll consider our approach in terms of the Government support we’ve received at year end.”

A spokesman for Waitrose owner the John Lewis Partnership said: “We are incredibly grateful for this vital support because we have lost significant sales while our John Lewis shops have been closed and have invested heavily to keep our partners and customers safe.

“The outlook remains incredibly uncertain and Government support remains crucial to help us navigate the crisis.”

Data compiled last month for the PA news agency by real estate adviser Altus Group projected the UK’s four largest grocers – Tesco, Sainsbury’s, Asda and Morrisons, plus German rivals Aldi and Lidl – would save about £1.87 billion as a result of the rates holiday.

The total saving for all “essential” retailers, which have been allowed to remain open, is about £3.03 billion, Altus added, from a total rates bill of £10.1 billion.