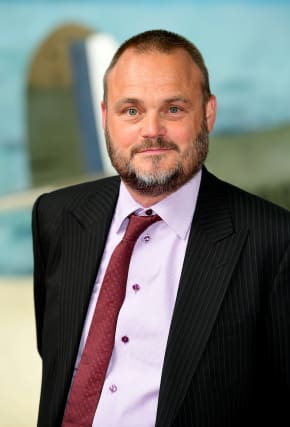 Comedian Al Murray has made an impassioned plea for millions of blood stem cell donors to come forward.

He has spoken out on the issue ahead of a charity gig in which he will swap his microphone for drumsticks.

The stand-up, best known for his Pub Landlord alter ego, will perform on Saturday as part of his 17-year-old daughter Willow May’s band in aid of the blood cancer charity DKMS.

The 52-year-old is aiming to raise awareness after his seven-year-old nephew Finley was diagnosed last summer with juvenile myelomonocytic leukaemia (JMML), a rare and aggressive form of the disease.

Now he will perform with his daughter as part of The DKMS Sessions, raising money for the charity through a GoFundMe page.

The session will be led by Willow May, a singer since the age of six, combining original songs written during lockdown with modern standards.

Murray told the PA news agency: “There is only one known way of getting this cancer into remission and that is a blood stem cell transplant.

“People have heard of bone marrow transplants. It’s kind of similar to that.

“But basically what needs to happen is that the blood production in his body has gone wrong and it needs to be rebooted with someone else’s stem cells.”

He added: “How it works basically is DKMS are looking for people who will go on the register so we have got their information.

“A blood stem cell match is as close as a fingerprint match.

“You’ve a one in a million chance of being matched to someone so what we need is millions of people in the register to increase the chances of saving the lives of people with blood cancer.

“Because it is not just Finley’s cancer it is all kinds of blood cancer.”

The comic also highlighted the plight of pubs during the coronavirus pandemic, describing them as the “mayonnaise in the social sandwich”.

He said: “They feel abandoned, they feel at the back of the queue, they feel like they did everything that was asked of them when they all instituted distancing measures and all that sort of stuff.

“They feel as though they are being shafted again.”

He added: “Do they restock and reopen now? What do they do? And these stupid arguments about Scotch eggs just show exactly how unseriously the whole thing is being taken.

“Pubs were in trouble before, is the truth – and a lot of people have been saying about the pandemic that it has shaken out, it’s accelerated some of the changes that were coming.

“But pubs are the mayonnaise in the social sandwich. They are the thing that makes life tasty.”

The DKMS Sessions: Willow May with Al Murray will stream live from 7pm on Saturday December 5 on DKMS’s YouTube and Facebook channels.

For more information and to donate visit gofundme.com/WillowandAl.