‘Significant’ damage after huge fire breaks out at church in Derbyshire 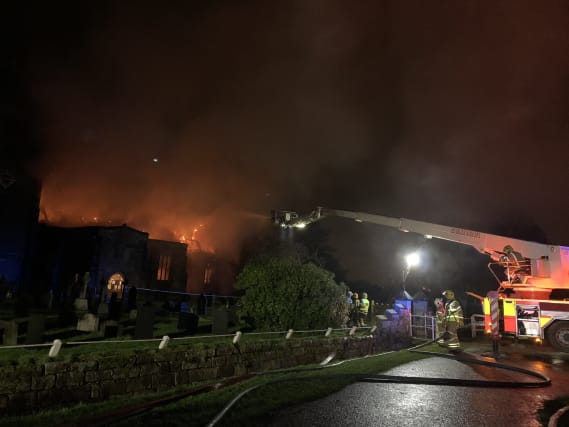 A church in Derbyshire has sustained “significant” damage after a huge fire ripped through the building.

Firefighters were called to the scene at All Saints Church in Mackworth at 4.30pm on Thursday, and are expected to remain on the scene into the night.

Six fire engines, two aerial ladder platforms and a water carrier were sent to the scene by Derbyshire Fire and Rescue Service (DFRS).

Speaking from the scene, DFRS area manager Clive Stanbrook said: “Unfortunately the fire was so well developed by the time firefighters arrived on scene, that the church has suffered significant structural damage.

“Our thoughts this evening go out to the community and congregation of All Saints Church who will no doubt be devastated by this tragic fire.”

A joint fire investigation with Derbyshire Constabulary will begin on Friday.