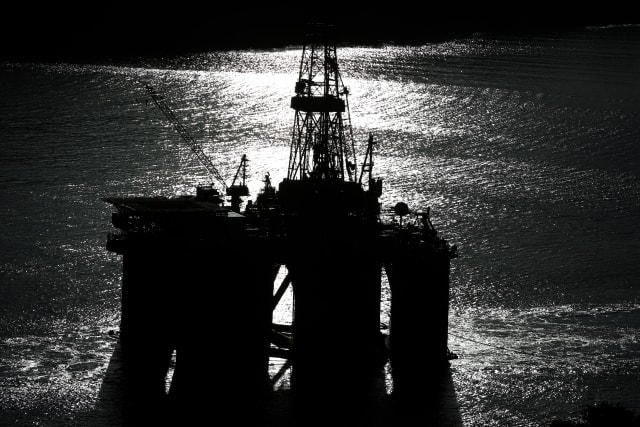 The UK and Scottish governments have been urged to use the coronavirus pandemic as an opportunity to “show global leadership” and “reshape” the North Sea oil industry to help with efforts to achieve net zero.

The Institute for Public Policy Research (IPPR) made several suggestions as to how ministers could take advantage of the Covid-19 crisis, which has already seen a drop in oil extraction.

The think tank wants the two administrations to work together to “set clear five-yearly targets” to cut the amount of oil and gas extracted, consumed in and exported from the UK to help achieve net zero emissions by the Scottish and UK government targets of 2045 and 2050 respectively.

It also suggested the law should be changed to cap extractions to prevent the UK from exporting surplus fuels that generate carbon emissions abroad.

By acting now, the IPPR said ministers in Scotland and London could “show global leadership and demonstrate the economic, environmental and reputational benefits of being a major historical oil and gas producer to announce a timetable to wind down fossil fuel production to align with net zero”.

The Net Zero North Sea report stressed: “We must reshape the oil and gas industry, to help us achieve net zero emissions and restore nature in Scotland and across the UK.

“Doing so will also require a long-term plan for reducing oil and gas extraction from UK waters over the coming years.”

It added: “This is not about managing decline, but a managed transition – from the reliance on fossil fuels, to the creation and expansion of the industries and jobs of the future.”

The think tank stressed “the right investment and support” must be provided for the communities, businesses and people most affected.

With much of the UK oil and gas industry centred on Aberdeen, it called for both the UK and Scottish governments to increase funding to the Aberdeen City Deal, to help create a Low Carbon Wealth Fund for the city and the wider area.

And the report suggested fines should be imposed by governments on those that “continue to delay the decommissioning of their wells” – with cash raised from these also being invested in the Low Carbon Wealth Fund.

The report added: “While the Scottish Government has begun to introduce many initiatives that start to grapple with this challenge, much more work is needed in Scotland and from the UK Government who have yet to start fully incorporating the need for a just transition into policymaking.”

It was published ahead of the Cop 26 global climate change conference, which is taking place in Glasgow in November 2021.

Luke Murphy, IPPR associate director, said: “It’s time for the UK to move on from oil and gas to a net zero North Sea and a greener and brighter future.

“As host of Cop 26, the UK has the opportunity to lead by the ‘power of our example’ by committing to keep fossil fuels in the ground and offering a blueprint for affected workers and communities to make the most of the huge opportunities offered by the zero-carbon economy.”

Scottish energy minister Paul Wheelhouse said: “The oil and gas industry is a significant component of the Scottish economy and has a crucial role to play in the energy transition required to move to an economy and society that generates net zero greenhouse gas emissions.

“Now, more than ever, we need a just transition that supports sustainable economic growth and jobs.

“We know how important a sustainable future is for those who work in the oil and gas sector and its supply chain. Our £62 million Energy Transition Fund helps protect existing jobs and create new jobs across Scotland by opening up opportunities through energy transition and harnessing private sector funding – as companies move from oil and gas to low carbon and renewable investments.

“The skills, expertise and infrastructure of the oil and gas sector and its supply chain will be vital in unlocking these opportunities and contributing to development of the great potential for offshore wind, floating wind and marine energy deployment in Scotland’s waters.”

He said that the Scottish Government continues “to work closely with the UK Government, which retains many of the key levers needed to support the sector”.

A UK Government spokesman said: “The UK has led the world in tackling climate change, cutting emissions by 43% since 1990 – the fastest in the G7. We are taking every opportunity to build on this fantastic track record.

“The oil and gas sector has an important role to play in our economy, ensuring continuity of energy supply and providing key infrastructure and skills for the transition to a clean energy future.

“To ensure the sector can take full advantage of the clean energy opportunities ahead, we will deliver a North Sea Transition Deal which will outline our plan to protect jobs and cut emissions.”