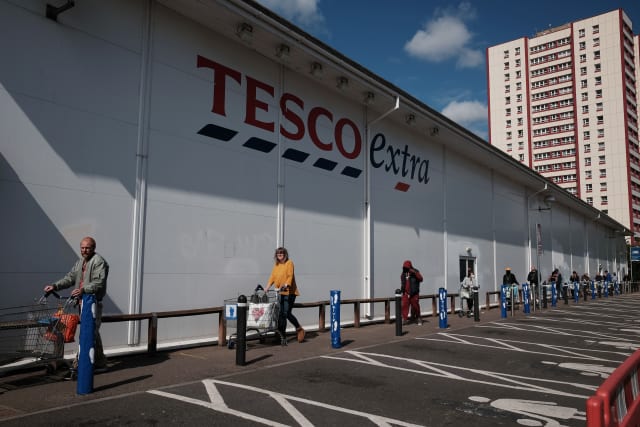 Supermarket Tesco has said it will return to the Government £585 million it saved from a business rates holiday introduced to help struggling retailers.

Chairman John Allan said the board “are conscious of our responsibilities to society” and that the company did not need the saving due to remaining open and trading strongly throughout the pandemic.

The decision comes as supermarkets face growing calls to hand back the savings which were aimed at helping retailers that were unable to open and struggling to make ends meet.

Bosses said they will work with the Government on how best to hand over the money.

Mr Allan said: “The board has agreed unanimously that we should repay the rates relief we have received.

“We are financially strong enough to be able to return this to the public, and we are conscious of our responsibilities to society.

“We firmly believe now that this is the right thing to do, and we hope this will enable additional support to those businesses and communities who need it.”

In October, Tesco revealed it made a pre-tax profit of £551 million in the six months to August 29 – an almost 29% increase compared with the same period in 2019.

Tesco chief executive Ken Murphy said: “We have invested more than £725 million in supporting our colleagues, putting safety first, more than doubling our online capacity to support the most vulnerable customers in our communities, and hiring thousands of additional colleagues at a time of need.

“While business rates relief was a critical support at a time of significant uncertainty, some of the potential risks we faced are now behind us.

“Every decision we’ve taken through the crisis has been guided by our values and a commitment to playing our part.

“In that same spirit, giving this money back to the public is absolutely the right thing to do by our customers, colleagues and all of our stakeholders.”

Early in the pandemic Tesco and rival supermarkets faced criticism for taking the rates relief at the same time as handing out dividends to shareholders. It did not use the Government’s furlough scheme.