Son of Russian tycoon ‘drinking a lot’ as he is sued by his mother, court told 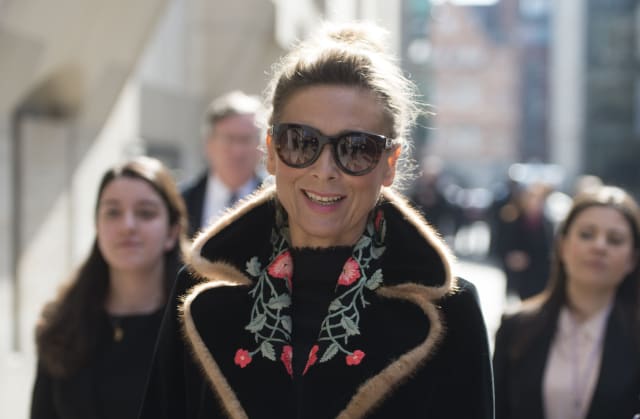 A London trader who has been sued by his mother after becoming embroiled in her £450 million divorce court fight with his Russian billionaire father has told a judge about the stress he is under.

Tatiana Akhmedova, 48, who was born in Russia but lives in London, says her ex-husband, 65-year-old businessman Farkhad Akhmedov, has hidden assets.

She has also taken legal action against their 27-year-old son, Temur Akhmedov, a London trader, and accused him of acting as his father’s “lieutenant”.

A judge was due to start examining her allegations against him at a remote trial in the Family Division of the High Court on Wednesday.

But the start of the trial was delayed after Mrs Justice Gwynneth Knowles was told that Temur was in Russia, and was no longer represented by lawyers.

The judge asked Temur, via a video link, why he had travelled to Russia and was not in London.

Temur, who disputes allegations made against him, told the judge that he had been trying to get a loan to pay legal fees and “got stressed” and “scared”.

“I have been trying to get this loan to pay for the proceedings,” Temur told Mrs Justice Knowles.

“I got stressed. I got scared. I didn’t know what to do.”

He added: “It’s a lot of stress. I am being sued by my mother. I am drinking a lot.”

Temur suggested that he had nowhere to stay in London and told the judge: “I am not going to call my mother, saying can I come and live in your house, although you are suing me?”

She is due to hear part of the trial remotely – and sit in London to hear evidence on certain days.

Ms Akhmedova, who lives in London, was awarded a 41.5% share of Farkhad Akhmedov’s £1 billion-plus fortune by another British judge in late 2016.

Mr Justice Haddon-Cave, who oversaw a hearing in London, said Ms Akhmedova should walk away with £453 million, the award is thought to be the biggest of its kind made in Britain.

But judges have heard that she has so far pocketed about £5 million and that Farkhad Akhmedov has not “voluntarily” paid a penny.

Ms Akhmedova says Farkhad Akhmedov has tried to put assets beyond her reach and she has taken legal action in Britain and abroad in a bid to get hold of what she is owed.

Ms Akhmedova has already become embroiled in litigation with a number of trusts based in Liechtenstein, into which Farkhad Akhmedov has transferred assets.

Mrs Justice Knowles had been told how Farkhad Akhmedov had transferred a super-yacht, the Luna, worth around £340 million, and an art collection, worth around £110 million, into the ownership of trusts in Liechtenstein.