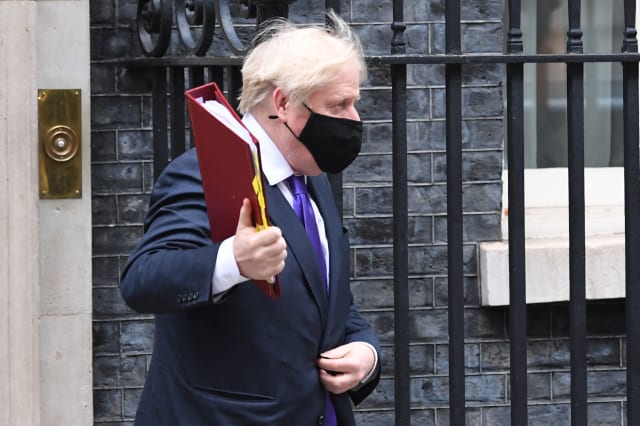 Downing Street has fuelled speculation that Boris Johnson is plotting a new year Cabinet reshuffle after saying he has no plans for changes "just now".

She told a briefing for Westminster journalists: "He is happy with his top team and as far as I know there is no reshuffle planned just now and there is plenty to be getting on with."

Her comments appear to leave open the door to changes in the new year amid reports Mr Johnson wants to "reset" his Government following the departure of his top adviser Dominic Cummings.

Pressed on the prospects of a reshuffle after Christmas, Ms Stratton said she is not aware of anything – although she did not rule it out.

"I am not aware that a reshuffle is even on the cards for the new year. It is just not something I have heard," she said.

In the past Downing Street has always refused to comment officially on any possible changes to ministerial positions until they are announced.

Ms Stratton also strongly defended Cabinet Office minister Michael Gove amid unhappiness among Tory MPs that he has been leading the charge in Government for stricter coronavirus controls.

"Michael Gove has been doing an excellent job at the Cabinet Office, which is at the heart of Government on so many of these critical issues," she said.

"If it's not Covid, then it's Brexit. If it's not transition and whether or not we're prepared then it's also the union and the United Kingdom and making sure our relations with the devolved authorities and administrations continue to be good.

"Michael Gove is at the heart of the most critical projects."