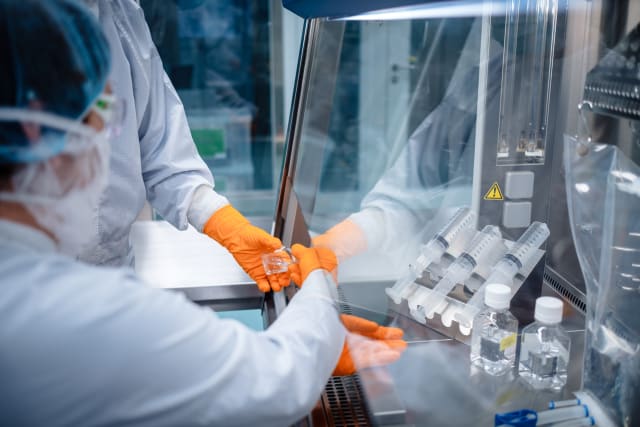 Most care home residents will need to wait for their Covid-19 vaccine because of difficulties in transporting the newly-approved Pfizer jab, the head of the NHS has said.

Sir Simon Stevens, chief executive of NHS England, said the jab has to be stored at such low temperatures that it can only be moved a few times, while the packs of doses – with 975 doses per pack – cannot be easily split.

It means the recommendation from the Joint Committee on Vaccination and Immunisation (JCVI), which advises ministers, which says care home residents and staff should be the top priority, cannot be fully carried out.

Mr Stevens told a Downing Street briefing that the first people to receive the jab from 50 hospital hubs would be the over-80s, care home staff and others identified by the JCVI who may already have a hospital appointment.

GP practices will then operate local vaccination centres as more vaccine becomes available and, if regulators give approval for a safe way of splitting packs, care homes will receive stocks, he added.

He said it would take until March or April for the entire at-risk population to be vaccinated.

Prime Minister Boris Johnson told the press conference the “searchlights of science” had picked out the “invisible enemy” as he welcomed the approval of the vaccine.

He said scientists had performed “biological jiu jitsu” to turn the virus on itself, adding the NHS would now embark on the the “biggest programme of mass vaccination in the history of the UK” from next week.

“It will inevitably take some months before all the most vulnerable are protected – long, cold months,” he added, saying the tier restrictions would continue to be a “very important” part of battling coronavirus.

“So it’s all the more vital that as we celebrate this scientific achievement we are not carried away with over-optimism or fall into the naive belief that the struggle is over,” he added.

Despite warning against over-optimism, Mr Johnson said it was now “sure and certain” that life could start returning to normal in 2021.

A combination of community testing, vaccines and social distancing measures were still necessary, he said.

“As we do all this we are no longer resting on the mere hope that we can return to normal next year, in the spring, but rather the sure and certain knowledge that we will succeed and together reclaim our lives and all the things about our lives that we love,” he said.