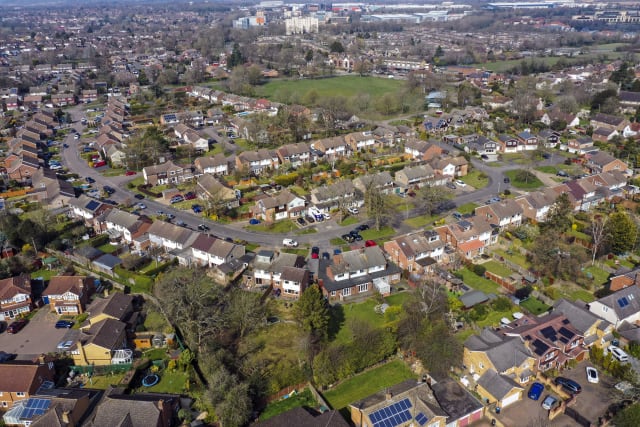 House prices hit a new record high for the fourth month in a row in November, according to an index.

The average UK property value lifted to a new record high of £229,721 on average in November after jumping by 6.5% annually, Nationwide Building Society said.

Property values increased by 0.9% month on month in November.

He said: “Annual house price growth accelerated from 5.8% in October to 6.5% in November – the highest outturn since January 2015.

“House prices rose by 0.9% month on month in November after taking account of seasonal effects, following a 0.8% rise in October.

“Data suggests that the economic recovery had lost momentum even before the latest lockdown came into effect.”

He continued: “Despite these headwinds, housing market activity has remained robust.

“The outlook remains highly uncertain and will depend heavily on how the pandemic and the measures to contain it evolve as well as the efficacy of policy measures implemented to limit the damage to the wider economy.

“Behavioural shifts as a result of Covid-19 may provide support for housing market activity, while the stamp duty holiday will continue to provide a near-term boost by bringing purchases forward.

“However, housing market activity is likely to slow in the coming quarters, perhaps sharply, if the labour market weakens as most analysts expect, especially once the stamp duty holiday expires at the end of March.”

A stamp duty holiday was introduced by Chancellor Rishi Sunak in July and will run until March 31 2021.

Joshua Elash, director of property lender MT Finance, said: “The Nationwide figures are as positive as they are fragile.

“They are a clear reflection of the positive impact of the stamp duty holiday implemented by the Chancellor, coupled with strong underlying demand for home ownership, and continued support by the mortgage sector. This good work must not be undone.”

“Mortgage approvals continue to spiral, we’re reaping the benefits of a considerable uplift in buyer demand in terms of actual transactions completing and, as a result, house prices are climbing to heights we’ve not seen in quite some time.

“These certainly aren’t indicators of a market running low on steam as we approach the festive period and we can expect to see this momentum carry through until spring of next year, at the very least.”

Nicky Stevenson, managing director at Fine & Country said: “As soon as we hit the new year, we will likely know just how many people moved their plans forward when they heard the Chancellor announce the stamp duty holiday.

“The closer we get to the end of March, when the scheme ends, the more these market metrics will reflect the back of that wave, the crest of which has already started to take shape…

“With only four months of stamp duty tax breaks left, vacant and chain free properties at both ends of the market have become highly prized for their ability to slip through solicitors’ hands with ease.”