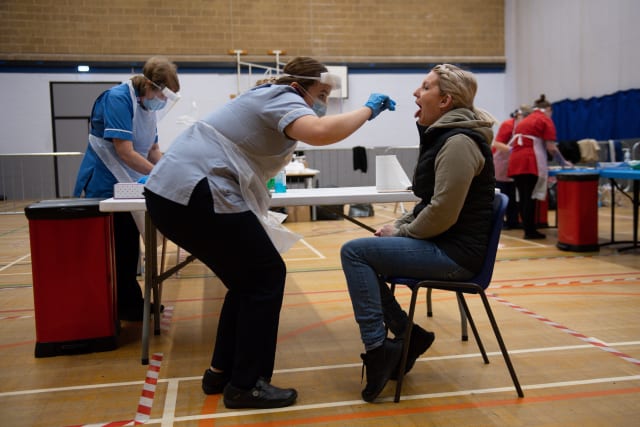 Boris Johnson has urged people visiting elderly relatives over Christmas to get a coronavirus test – despite warnings that community testing will not be fully up and running until the new year.

Opening the Commons debate on the Government’s new controls for England, the Prime Minister said lateral flow tests were being rolled out across the country.

Asked by Liberal Democrat leader Sir Ed Davey whether tests would be available to anyone visiting family members over Christmas, he said: ”It is open for people to get a lateral flow test.

“In general, the testing system is available, at the moment, for people who have symptoms.

“But I would urge people who are worried that they may need to be in the company of those who are elderly or vulnerable to seek to get a rapid turnaround test.”

His comments came after the head of operations for the mass community testing programme warned on Monday that it would take until “January and beyond” before the scheme was fully rolled out.

General Sir Gordon Messenger told a No 10 news conference that the nature of the scheme would vary “from region to region and from area to area” depending on local readiness.

“We are alive to the possibility that we will not be able to do this all at once, but we assess that local authorities are at varying levels of preparedness and readiness to do this,” he said.

“And therefore I can see this as an offer that will sequence over time and into January and beyond.”

Gen Messenger said that in deciding which areas to prioritise they would look at infection rates and at how long they had been living under tougher restrictions as well has how mature their plans for delivering the tests were.