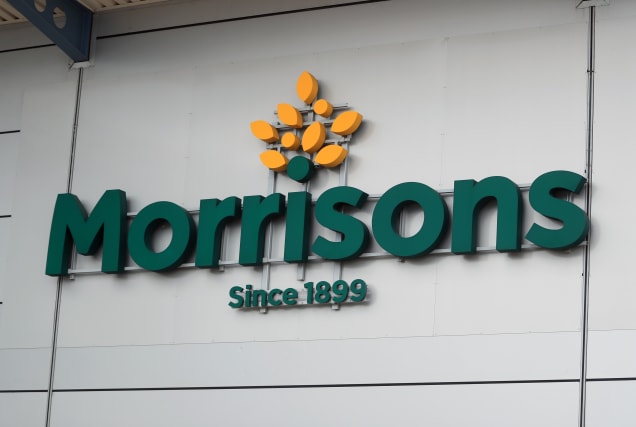 The boss of supermarket Morrisons has pledged to slash his pension allowance to match those of the group’s workforce within two years after an investor backlash over his pay.

David Potts and the group’s chief operating officer Trevor Strain have voluntarily agreed to reduce their pension contributions to 5% of their basic salaries by the end of 2022, in line with shop floor staff.

It follows a major protest by shareholders over the group’s pay policy at its annual general meeting (AGM) in June, when more than a third (34.8%) voted down the proposals amid anger over executive pension payments.

Mr Potts and Mr Strain received pension payments worth 24% of their basic salaries – nearly five times that offered to the majority of the group’s supermarket workers.

Under the UK Corporate Governance Code, executive pension contributions should be aligned with those received by the wider workforce.

Morrisons chief financial officer Michael Gleeson had already been appointed to the role with a 5% pension allowance.

The Bradford-based chain was forced to go back and consult with investors after the vote at its AGM.

Morrisons said: “The significant factor regarding the vote was the treatment of pension allowance for incumbent executive directors.”

It added: “Some investors requested additional clarity regarding the proposed approach to pensions going forward in terms of alignment with the majority of workforce.

“In order to address the developing shareholder expectations, both the CEO and chief operating officer have voluntarily committed to a reduction in their pension levels to those available to the workforce by the end of 2022.”

The group said Mr Potts has also agreed to increase his shareholding requirement from 250% to 300% of base salary, which “further demonstrates the committee’s and CEO’s commitment to aligning management and shareholder interests”.

Investors also took aim at the group’s former non-executive director Belinda Richards, with a fifth voting against her re-election at the AGM in protest over her other commitments.

Morrisons said it “strongly supported Belinda’s re-appointment” but she resigned from Morrisons’ board in July to take up a new role as an independent non-executive director of Jupiter Fund Management.

Morrisons said: “The nomination committee continues to carefully monitor all directors’ external time commitments and would take appropriate action should concerns be identified regarding their commitment to the company or their ability to dedicate sufficient time to their duties.”