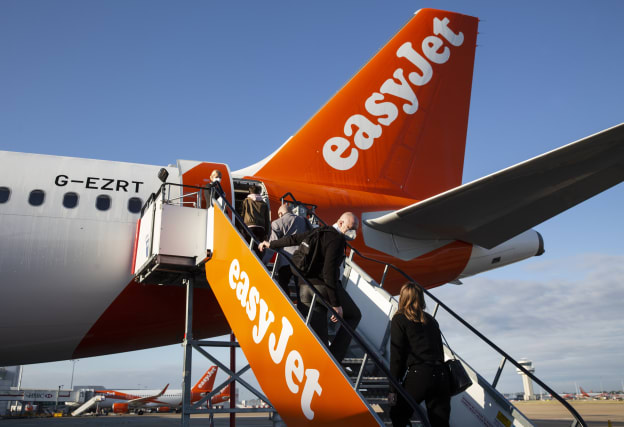 EasyJet is tightening its hand luggage rules to "improve boarding and punctuality".

The Luton-based airline announced that passengers travelling on its standard fares will only be entitled to bring a bag on board if it can fit under the seat in front from February 10 next year.

Currently, all customers are allowed to fly with a cabin bag measuring up to 56 x 45 x 25cm, enabling them to put small wheelie suitcases into overhead lockers.

Under the new rules, passengers who want to travel with an additional bag of this size as hand luggage must pay an extra fee, which will also entitle them to select a seat either at the front of the plane or with extra legroom.

Those who buy a more expensive FLEXI fare or are members of the carrier's frequent flyer scheme will also continue to be allowed to take one small and one large item of hand luggage with them, subject to space on board.

EasyJet does not apply a weight limit to cabin bags.

It described its size restrictions as "among the most generous for air travel".

Customers with an existing booking for travel from February 10 who do not want to buy one of the optional extras will be able to check in a larger cabin bag in the aircraft hold free of charge.

EasyJet chief commercial and customer officer Robert Carey said: "Punctuality is important to our customers and we know that, if they have their bags placed into the hold at the gate due to the limited space onboard, this can cause flight delays and it can be frustrating for them too.

"Our new policy will improve boarding and punctuality for everyone, as well as give our customers certainty of what they will have with them onboard.

"Customers with existing bookings from February 10 will be offered Hands Free for free, allowing them to travel with their cabin bag at no extra cost.

"For families, we'll continue to provide a number of options to allow them to bring additional items free of charge, helping keep travel easy and affordable for families when they fly with us."