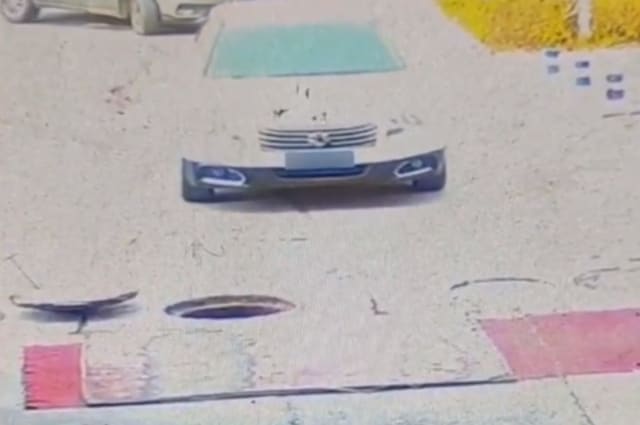 A car driving over a manhole hit a worker's head as he suddenly popped out.

The video, shot in the Chinese city of Aksu, shows the head of the worker named Zhang appearing as the vehicle closes in.

Zhang suffered injuries to his head but has already been discharged from hospital after having treatment.

Since there was no warning sign or cordon, Zhang and the motorist took equal responsibility for the incident.