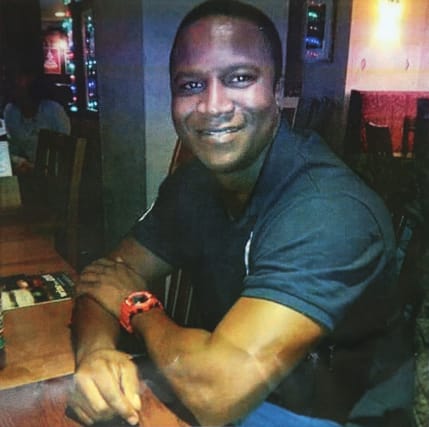 An independent public inquiry into the death of a man who was restrained by police will have to scrutinise around 50,000 documents, it is believed.

Sheku Bayoh died in May 2015 while being held by officers who were responding to a call in Kirkcaldy, Fife.

The 32-year-old’s family claimed race played a part in his death and they criticised the subsequent investigation.

Lord Bracadale, retired senator of the College of Justice, will lead the inquiry, with Michael Fuller and Raju Bhatt as assessors to support him.

In an opening statement published on the inquiry website (https://www.shekubayohinquiry.scot/), he said: “It has now been over five years since the death of Mr Bayoh and I, and my team, are conscious of the length of time this has hung over all involved, particularly the Bayoh family.

“We will work with determination and focus to ensure the work can be completed as quickly as possible.

“It is, however, at this stage impossible to say how long the inquiry will take.

“It is only from today, the setting-up date of the inquiry, that we are allowed by law to start ingathering the evidence.

“Preliminary discussions with some of the organisations involved lead us to believe that we will have in the region of 50,000 documents to scrutinise.

“This will clearly take some time for my team to get through.”

He added: “After we have considered all the documentary evidence and conducted further investigation, the inquiry will hold public hearings where we will call witnesses to give evidence.

“Again, it is not possible at this stage to say when this will happen; how many witnesses will be called; or how long the hearings will last.

“First, we must work our way through the documentary evidence and make necessary further inquiries.”

The inquiry was announced last November by Justice Secretary Humza Yousaf with its scope determined in May this year.

On Thursday, he said: “The family of Mr Bayoh have shown remarkable dignity and perseverance during their five-year wait for an inquiry into the death of Sheku.

“I hope that today’s announcement gives them comfort and reassurance that the circumstances surrounding his death will be examined in a public and transparent manner.

“Lord Bracadale and I worked closely together in selecting the assessors and we agreed that Mr Fuller and Mr Bhatt would provide extensive levels of experience and expertise to the inquiry.

“The formal start of the inquiry is a key milestone and I am confident the assessors will ably assist the chair to consider issues relevant to the terms of reference.

“The inquiry will examine the circumstances leading up to the death of Mr Bayoh, the post-incident management process and subsequent investigation.

“The inquiry will also establish the extent to which Mr Bayoh’s actual or perceived race played a part in events, if any.”

A statement from lawyer Aamer Anwar on behalf of Mr Bayoh’s family was expected later on Monday morning.