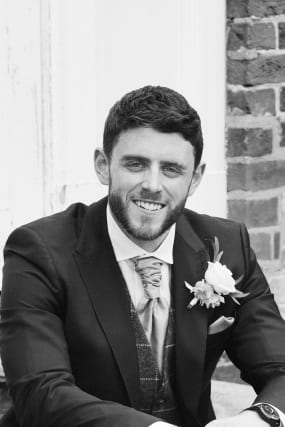 The leader of the three teenagers who killed Pc Andrew Harper should have been given a life sentence, the Attorney General has told the Court of Appeal.

Henry Long, 19, was jailed for 16 years and 18-year-olds Jessie Cole and Albert Bowers were each jailed for 13 years in July over the death of the Thames Valley Police traffic officer.

Pc Harper, 28, was caught in a crane strap attached to the back of a car driven by Long and dragged to his death down a winding country road as the trio fled the scene of a quad bike theft in Berkshire on the night of August 15 2019.

Long – the leader of the group – admitted Pc Harper’s manslaughter, while Cole and Bowers, both passengers on that fateful night, were convicted of manslaughter after a trial at the Old Bailey.

All three were cleared of Pc Harper’s murder by the jury, which deliberated for more than 12 hours.

At the Court of Appeal in London on Monday, Attorney General Suella Braverman argued that the three teenagers’ sentences were “unduly lenient” and should be increased.

She told Dame Victoria Sharp, Lord Justice Holroyde and Mr Justice William Davis that Long’s 16-year jail term did not reflect “the seriousness of the offence” and was “contrary to the interests of justice”.

Mrs Braverman also argued that the sentencing judge “accorded too great a reduction” to Bowers and Coles’ sentences “for their age and learning difficulties”.

In written submissions, Mrs Braverman said of all three: “These are sentences that have caused and continue to cause widespread public concern.

“It appears to me that the sentences passed on the offenders were unduly lenient.”

Also on Monday, lawyers representing the trio will apply for permission to appeal against the length of their sentences, arguing that they were “manifestly excessive”.

Pc Harper and his wife Lissie had been married for just four weeks when he and a Thames Valley Police colleague responded to a late-night burglary in Sulhamstead, Berkshire, in August last year.

Mrs Harper has since campaigned for Harper’s Law, which would mean those who kill emergency workers are jailed for life, and met Home Secretary Priti Patel and Justice Secretary Robert Buckland earlier this month.

At their trial, the trio’s defence claimed the incident was a “freak event” that none of them could have planned or foreseen.

But the prosecution said the defendants must have been aware that Pc Harper – at more than 6ft and weighing 14 stone – was being dragged to his death.

The hearing at the Royal Courts of Justice is expected to last all day and it is not known if the court will give a ruling on Monday or reserve its judgment to a later date.